All are invited to a free "nature walk" through the Chicago Portage National Historic Site, 4800 South Harlem, set for 10:00 a.m. Saturday, September 4. 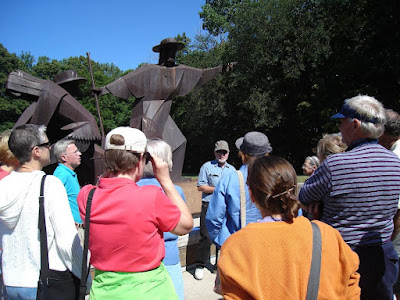 Social distancing and face coverings are required during the tour for people who have not been vaccinated against COVID-19.
Attendees will learn about the “birth story of Chicago,” from the geological beginnings of the Portage to how it is still functioning in Chicago today.
The tour is approximately a half mile in length on a gravel path through the woods. It will take about two hours. Those taking part are advised to wear long pants and walking shoes or boots. The tour will be held rain or shine.
One of only two national historic sites in Illinois, the Chicago Portage National Historic site is said to be the only place where people today can stand on the same ground walked by all the early explorers, early settlers and creators of Chicago. 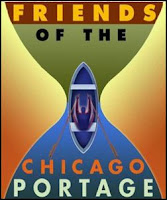 The late Chicago Tribune columnist John Husar, after touring the site, called it “Our sacred ground."

For more information call Gary Mechanic at 773-590-0710 or visit  www.chicagoportage.org.

Friends of the Chicago Portage promotes the historic interpretation, ecological restoration and appropriate development of the Chicago Portage National Historic Site through volunteer advocacy, public events and other projects that raise public awareness of the site’s history and significance.
# # #
advertisement

advertisement
# # #
Posted by Southwest Chicago Post at 11:50 AM No comments:

Looking to get rid of unwanted electronics (like old TVs, radio, computers, printers and appliances)? 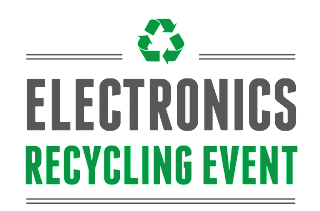 You are encouraged to wear a mask and are required to remain in your vehicle. Volunteers wearing masks will remove the items from your vehicle.

Posted by Southwest Chicago Post at 2:40 PM No comments:

* * *
Man in garage shot in the foot
A 33-year-old man was shot in the left foot as he stood in a garage in the 6500 block of South Komensky at 3:24 a.m. Saturday, July 24. The victim was taken to Advocate Christ Medical Center, where he was listed in good condition. He told police the shooter fired from a black SUV. No one is in custody.
advertisement

advertisement
Say man would not leave Walgreens
A 38-year-old Chicago Lawn man was charged with criminal trespass to real property after he was arrested outside the Walgreens at 7045 S. Pulaski at 7:29 p.m. Friday, July 9.
Ishemel Lawrence, of the 2700 block of West 64th Street, allegedly refused to leave when he was told to do so by a manager.
According to public records, Lawrence has been arrested 10 times by CPD since 2017 on such charges as retail theft, possession of a controlled substance, criminal trespass to land, obstructing identification and burglary.
advertisement

advertisement
Charge man with assault, child neglect
A 32-year-old man was charged with assault after he was arrested in the parking lot of the Jewel-Osco at 6107 S. Archer at 3:06 a.m. Thursday, July 22.
Tirso J. Villafuerte allegedly raised a clenched fist at a 35-year-old woman as he reportedly said, “I’m going to beat your ass.”
Police added four counts of child neglect after they reportedly discovered four young children in Villafuerte’s care, unwashed and with soiled diapers. The children—three boys and a girl—ranged in age from 1-5 years. They were taken into protective custody, a CPD spokesman said.
advertisement

advertisement
Kicked me in the groin, man tells police
A 28-year-old Garfield Ridge woman was charged with domestic battery after she was arrested at her home in the 5500 block of South Mason at 4:05 a.m. Friday, July 23.
Jennifer Facella allegedly kicked a 31-year-old man in the groin during an argument.
Say man resisted police during arrest
A 19-year-old Garfield Ridge man was charged with battery and two counts of resisting arrest after he was arrested in the 5600 block of South Austin at 1:15 p.m. Tuesday, July 27.
Dayton Silva, of the 5300 block of South Austin was apprehended by officers who said they saw him riding a bicycle illegally down a sidewalk.
A CPD spokesman said Silva would not stop when told to do so and then further resisted when officers tried to handcuff him and get him into a police vehicle.
advertisement

advertisement
Charge man with sex crimes against kids
A 59-year-old Clearing man was charged with three counts of sexual assault after he was arrested by a fugitive task force at his home in the 6400 block of South Central at 9:35 a.m. Thursday, July 15.
Reynaldo R. Gutierrez allegedly committed crimes against a 12-year-old girl, as well as a child younger than age 5, a CPD spokesman said without elaborating.
advertisement

advertisement
Charge man with domestic battery at bar
A 33-year-old Chicago Lawn man was charged with domestic battery and criminal damage to property after he was arrested at a bar in the 4200 block of West 63rd Street at 9:50 p.m. Friday, July 23.
Jole E. Hernandez, of the 3300 block of West 63rd Place, allegedly struck a 34-year-old woman during an argument and then damaged a table in the bar.
advertisement

advertisement
Traffic stop leads to gun charge
A 29-year-old man was charged with aggravated unlawful use of a weapon after he was arrested during a traffic stop in the 4600 block of South Cicero at 5:53 p.m. Wednesday, July 21.
Otis Stevenson was the driver of a vehicle lacking a current city vehicle sticker and a current license plate tag, a CPD spokesman said. A search of the vehicle reportedly yielded a handgun in the trunk.
He also was cited for illegally transporting open alcohol and driving on a suspended license.
Claim driver was drunk and passed out near Orange Line
A 43-year-old West Lawn man was charged with DUI after he was arrested near the CTA Orange Line’s Pulaski station at 6:03 p.m. Monday, July 26.
Jose Manuel Cervantes-Roman, of the 3900 block of West 65th Place, was discovered by police who were flagged down by a citizen. Police said Cervantes-Roman was found asleep at the wheel of a vehicle that was stopped but had its engine running.
According to public records, Cervantes-Roman was arrested twice by CPD in 2014—once charged with domestic battery and driving with no license ever being issued.
advertisement

advertisement
# # #
Posted by Southwest Chicago Post at 8:53 AM No comments:

By Tim Hadac
Managing Editor
Southwest Chicago Post
Police are investigating a “shots fired” crime that occurred in the 5000 block of South Archer just after 3 a.m. Sunday, Aug. 15.
Police said a person inside a red Toyota Camry was shooting at a Chevy Tahoe while driving, causing the Tahoe and a black Jeep Cherokee to crash into Mariscos El Puerto 2, 5004 S. Archer.
The occupants of the Camry fled the scene on foot and have not been located; however, a weapon was recovered from the vehicle.
Two occupants of the Tahoe and two inside the Jeep were transported by the CFD to Stroger Hospital and Mount Sinai Hospital for observation. Police said they did not suffer serious injuries.
Those with useful information to share are asked to call CPD Area 1 detectives at (312) 747-8730.
Mariscos El Puerto 2 posted video to social media on Sunday.
https://fb.watch/7pFwYpG2FZ/
# # #
advertisement

advertisement
# # #
Posted by Southwest Chicago Post at 11:53 PM No comments: