Invite All to Say the Lord's Prayer 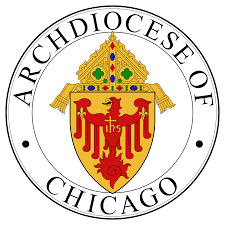 A message from the Chicago Archdiocese, sent to the news media at 6:06 p.m. Tuesday, March 24:


Cardinal Blase J. Cupich, Archbishop of Chicago, and several Christian Bishops will lead a joint recitation of the Lord’s Prayer on March 25, 12 p.m. in response to Pope Francis’ invitation to all Christians to unite in prayer for healing and hope in light of the coronavirus pandemic. March 25th is a day in which many Christians commemorate the announcement of the angel Gabriel to Mary that she would be the mother of the Savior.

In his address, Pope Francis stated, “I invite all the Heads of Churches and the leaders of all the Christian Communities, together with all the Christians of the various Confessions, to invoke the Most High, Almighty God, reciting contemporaneously the prayer that Jesus Our Lord taught us. I invite all, therefore, to do so several times a day, but, all together, to recite the Our Father next Wednesday, March 25, at midday – all together.”

In response to the pope’s call, the Catholic Church in the United States is reaching out to its dialogue partners at the national and local levels, inviting them to join in the Lord’s Prayer. “As St. Paul wrote, ‘when one suffers, we all suffer’. Let that inspire us to work and pray together in solidarity as the Body of Christ,” said Cardinal Cupich.

Cardinal Cupich will be joined in leading this recitation at Saint James Chapel by His Eminence, Metropolitan Nathanael of the Greek Orthodox Metropolis of Chicago and the Rev. Yehiel Curry, bishop of the Metropolitan Chicago Synod of the Evangelical Lutheran Church in America. The Right Rev. Jeffrey Lee, bishop of the Episcopal Diocese of Chicago, and the Rev. Sally Dyck, bishop of the Northern Illinois Conference of the United Methodist Church, will participate in the recitation online through their churches’ media platforms.

From their own location, everyone is welcome to participate in the Ecumenical Recitation of the Lord’s Prayer. A countdown link is available at https://youtu.be/QS8y0URqzNo.

What are you doing at 3:28 p.m. Saturday, March 28? The Garfield Ridge Neighborhood Watch has something they'd like everyone in the community to do. Details at http://www.swchicagopost.com/2020/03/fly-flag-raise-your-voice.html

Say man drove without a license

A 19-year-old Garfield Ridge man was charged with driving without a license after he was arrested in the 6300 block of South Archer at 4 p.m. Wednesday, Feb. 19.

Richard Lopez, of the 5600 block of South Nagle, was driving a vehicle that was curbed by police after they saw him failing to signal a lane change. He also was cited for driving without insurance.

According to public records, Lopez has been arrested five times by CPD in the last 14 months, on charges that included possession of a controlled substance and aggravated unlawful use of a weapon.

What are you doing at 3:28 p.m. Saturday, March 28? The Garfield Ridge Neighborhood Watch has something they'd like everyone in the community to do. Details at http://www.swchicagopost.com/2020/03/fly-flag-raise-your-voice.html


A 49-year-old South Side man was charged with driving on a revoked license after he was arrested in the 5600 block of South Natchez at 6:43 p.m. Wednesday, March 4.

Moises Gonzalez, of the 5200 block of South Green, was driving a vehicle that was curbed by police when they saw it emerge from the mouth of an alley, a CPD spokesman said.

Gonzalez also was ticketed for driving without insurance.

A 54-year-old man from suburban Riverdale was charged with DUI/drugs, as well as failure to reduce speed to avoid an accident after he was arrested in the 5000 block of South Pulaski at 7:43 p.m. Friday, March 6.


Ian Gore, of the 300 block of North Longcommon, was apprehended without incident.


He slammed a door on my arm, woman tells police


A 41-year-old Vittum Park man was charged with domestic battery after he was arrested at his home in the 5500 block of South Archer at 12:30 a.m. Sunday, March 8.


Jesus Acosta allegedly held the arm of a 27-year-old woman and slammed a door on it several times, during an argument.

A 24-year-old South Shore man was charged with criminal damage to property and criminal trespass to a vehicle after he was arrested at 8:39 a.m. Sunday, March 8 in the 8200 block of South Pulaski.

Michael Casey, of the 7500 block of South Eggleston, allegedly used a rock to smash the rear window of a vehicle because he wanted to get inside and go to sleep, a CPD spokesman said.

According to public records, Casey was arrested by CPD in December 2018 near 79th and Morgan and charged with two counts of possession of a controlled substance.

Charged with driving on a suspended license, again

Rolando Ramirez, of the 5200 block of South Ridgeway, also was cited for driving without insurance and operating an unregistered vehicle.

According to public records, Ramirez has been arrested four times by CPD since 2016—each time changed with driving on a suspended license.

Say she stole from Target

Annette Wieckowski-Harper, of the 4500 block of South Ridgeway, was apprehended without incident. Police declined to say what was allegedly stolen.

According to public records, Wieckowski-Harper has been arrested three times by CPD since 2014—twice on retail theft charges and once for child endangerment.

Posted by Southwest Chicago Post at 5:52 PM No comments:

Fly the Flag, Raise Your Voice

Garfield Ridge Neighborhood Watch Calls for Unity in the 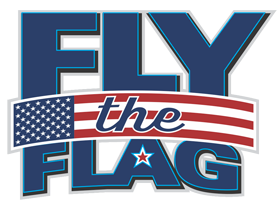 To promote solidarity in the Clearing and Garfield Ridge neighborhoods, the Garfield Ridge Neighborhood Watch is asking that everyone fly the American flag from the front of their homes on Saturday, March 28.

“Flag Day is usually on June 14 every year, but this year we’re celebrating it early,” said GRNW President Al Cacciottolo. “So fly Old Glory, be proud of our community and know that we stand together against this coronavirus pandemic. We will get through it and emerge even stronger than before.”

Inspired by last week’s social-distancing sing-along of Bon Jovi’s “Livin’ on a Prayer,” GRNW leaders ask everyone to sing “God Bless America” on a block-by-block basis at 3:28 p.m. Saturday, March 28.

“The weather is a bit unpredictable,” Cacciottolo said. “So if it’s not raining, everyone could sing at the same time, even walk outside but keep a safe distance from each other, that would be great. If it’s raining, stay inside and sing at your front door or window.”

GRNW leaders also ask that everyone in the community recognize the sacrifices of frontline responders: police, firefighters, health care workers, grocery store and pharmacy employees, restaurant staffs, truckers and everyone involved in keeping the wheels of the community rolling.

“Honk your horn as you pass your local firehouse—smile, wave, give a thumbs-up,” Cacciottolo concluded. “Let them know that you appreciate their efforts.”

God bless America, land that I love
Stand beside her and guide her
Through the night with the light from above

From the mountains to the prairies
To the oceans white with foam
God bless America, my home sweet home

God bless America, land that I love
Stand beside her and guide her
Through the night with the light from above

From the mountains to the prairies
To the oceans white with foam
God bless America, my home sweet home

Posted by Southwest Chicago Post at 5:54 PM No comments:

As all of us know, the current coronavirus pandemic has resulted in thousands of men and women in the Chicago area being laid off without pay—or at least having their work hours and pay reduced.

With that in mind, our friends at All Exterior Contractors are offering emergency repairs--heating, plumbing, etc.--to newly unemployed homeowners in the Midway Airport area, at no charge upfront and with no interest to pay.

“These are challenging times, and some folks have been hit hard,” said Geno Randazzo, owner of All Exterior Contractors. “As a responsible local business serving the Midway area, we are willing to do our part to help get the community through this situation. We are a neighborly business helping neighbors.”

All Exterior Contractors has a history of helping folks in need. During the partial shutdown of the federal government in 2018, AEC offered emergency repairs at no upfront cost and no interest to furloughed federal workers.

The company’s offer was praised by Southwest Side business leaders.

“This coronavirus pandemic will end, and we as a community will get through it and emerge stronger than ever—thanks in part to our local businesses—like All Exterior Contractors--helping people in need,” said Al Cacciottolo, a Garfield Ridge Chamber of Commerce board member.

“I have been proud to partner with Geno Randazzo and All Exterior Contractors on several initiatives that benefit the community,” said Mike Riordan of Mike Riordan State Farm Insurance. “This latest offer is yet another example of a local business going the extra mile to serve people in need.”

The offer applies only to emergency repairs—not ordinary home improvement projects. Re-payment must start within 21 days of the emergency service, with payment in full made within 60 days of the repair.

If you know a newly unemployed homeowner who lives in the Midway Airport area, please share this with them.

It also applies to landlords who own apartment buildings.

Will help put their mind at ease, knowing that All Exterior Contractors has their back if their furnace blows or hot water tank goes out of service, etc.

Posted by Southwest Chicago Post at 3:06 PM No comments: