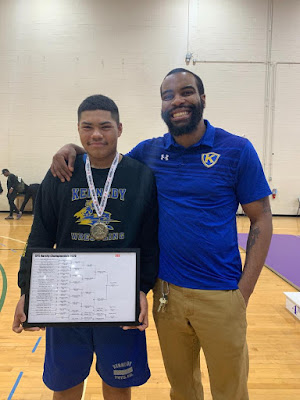 Raymond Begay (at left in photo), who recently captured the Chicago Public Schools heavyweight crown in a tournament on the West Side, defeating Raymundo Rodriguez of Bowen in the final match, in double overtime.

Sharing a proud moment with the champ is Kennedy varsity wrestling coach DeAndre Mosley (at right in photo).

Though just a sophomore, Raymond went 18-1 in matches against older boys this season.

The champ now moves on to state competition, where he is

expected to compete on February 8 in IHSA Regionals
action at Fenwick High School.

A Garfield Ridge resident, Raymond is a 2018 graduate of Byrne School.

(A few other photos--with family, friends and teammates--below--as well as a 12-minute video of the championship match).

And thanks, Coach Mosely, for sharing this news with us, as well as all you do--day in and day out--to make Kennedy High School a better place! 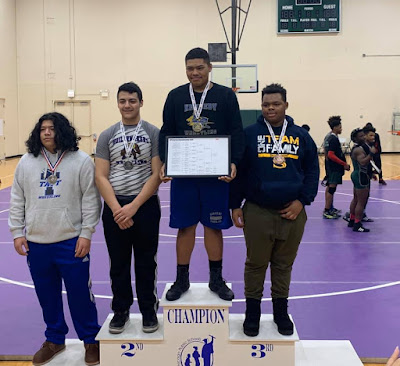 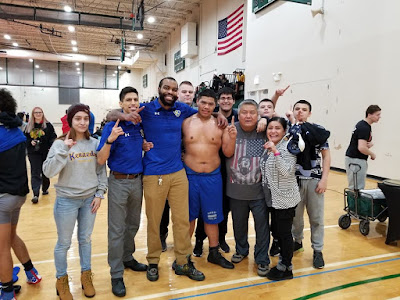 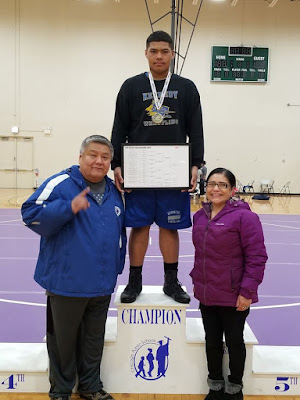 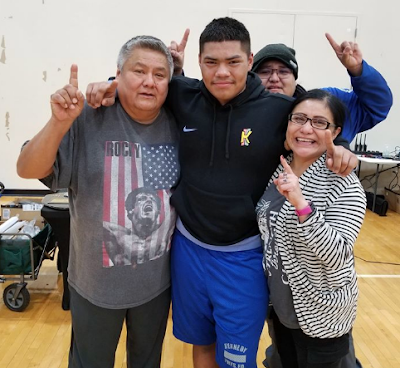 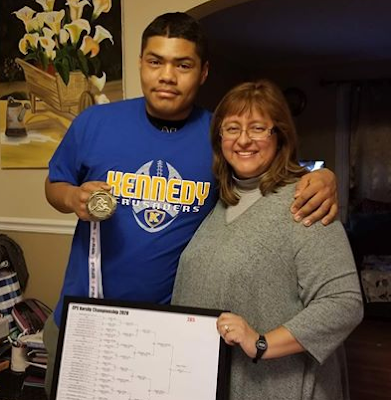 Posted by Southwest Chicago Post at 9:38 PM No comments:

He will officially assume the duties of principal on July 1.

“De La Salle is pleased to welcome one of our alums as the academic leader of our school,” De La Salle President Fr. Paul Novak, OSM, said. “Mr. Schergen’s strong academic vision and his familiarity with our Lasallian spirituality and Catholic mission will enable him to guide De La Salle into the future.”

Schergen is replacing Dr. Diane Brown, who is retiring officially on June 30. 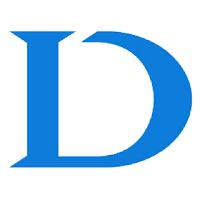 “Becoming the principal at De La Salle Institute is a great opportunity,” Schergen said. “Some people never get the chance to pursue their dream job, so I am fortunate to be able to return to a place that is special to me.

“Not only do I get to return to my alma mater, but I am able to lead the dedicated faculty and staff of De La Salle and guide the institution forward.”

Schergen is currently serving as the principal of IC Catholic Prep in Elmhurst, where he has also held the positions of president and athletic director in his eight-year tenure.

“My main goals are to begin to have some focused conversations with the current faculty and administration to begin to build our future vision,” Schergen said.  “I believe in creating a student-centered atmosphere and allowing the students of De La Salle to contribute to the culture of the building.

“I will focus on continuing the traditions of De La Salle, along with keeping the Lasallian mission strong and at the core of what we do as a school community.”

DLS is the 130-year-old, co-educational Catholic and Lasallian high school in Chicago. 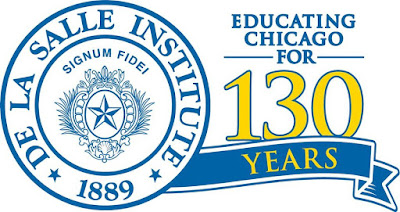 Posted by Southwest Chicago Post at 10:24 PM No comments:

If you like your drinks cool and your comedy hot, get ready for Comedy Picante, an evening of laughter that will benefit our friends at St. Richard Parish and School.

Details directly below. See you there?

And thanks to our friend, Manny Jimenez, for sharing the good news with us! 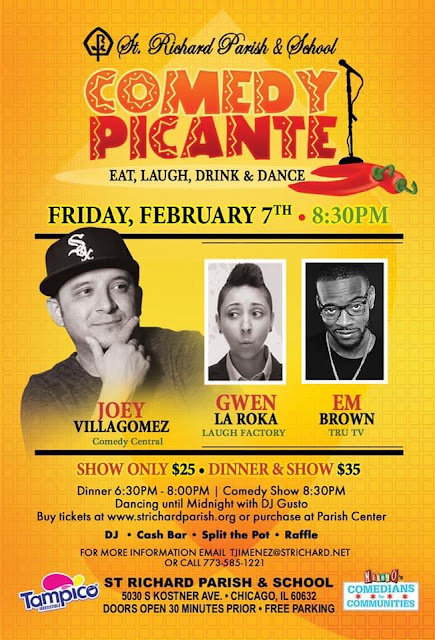 
Posted by Southwest Chicago Post at 11:05 AM No comments:

Our friends at St. Sym's have some heart-shaped fun coming up!

And thanks to our friend, Lara Hess, for sharing this information! 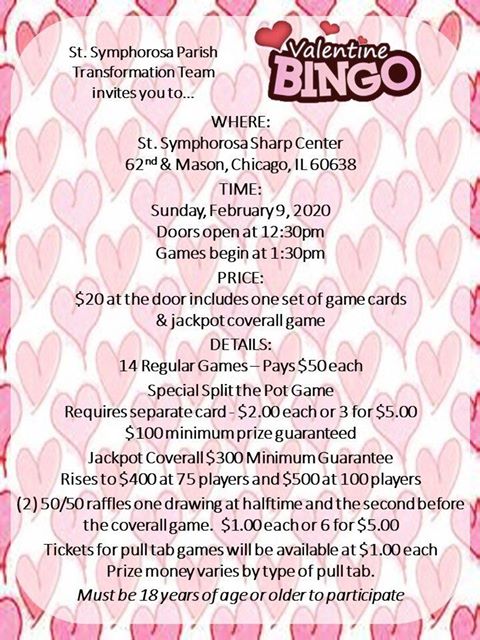 Posted by Southwest Chicago Post at 10:38 PM No comments:

Have You Seen Jazmin Sanchez?

Update at 1:55 p.m. Tuesday, January 21. CPD reports that Jazmin has been located and is now back at home, safe.

Thanks to everyone who stayed steadfast and kept eyes and ears open.

Have you seen Jazmin Sanchez?

Jazmin is 17 years old and stands 5-foot-4 and weighs about 107 pounds, with black hair, brown eyes and a fair complexion.

She was last seen wearing a black hoodie, blue jeans and black/white gym shoes. Her hair was in a ponytail and she was carrying an Adidas book bag.

If you have information regarding Jazmin's whereabouts, please call CPD Area Central detectives at (312) 747-8380 and refer to case number JD111665.

Let's all look out for our community's young people!

Posted by Southwest Chicago Post at 2:29 PM No comments:

Batter up! If you live in Archer Heights, West Elsdon, Vittum

Park or eastern Garfield Ridge (east of Central Avenue) and you want your son or daughter to play ball this season, mark your calendar.

The Archer Manor Little League, one of the best youth athletic organizations in the city, is holding its signup later this month--from 1:00 to 3:00 p.m. Sunday, January 26 at Archer Park, 4901 S. Kilbourn. Visit the AMLL website or Facebook page for details.

The Southwest Chicago Post is proud to be an in-kind sponsor of the AMLL, which since 1952 has provided athletic opportunities and taught teamwork and good sportsmanship to thousands of boys and girls.

Posted by Southwest Chicago Post at 2:10 PM No comments:

Businesses across the Southwest Side continue to get hit by 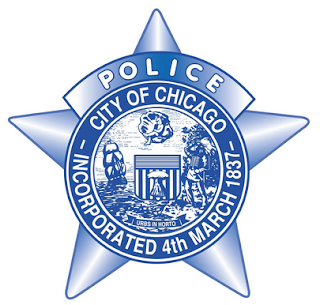 burglars, according to a community alert released by CPD at 10:16 PM Monday, January 6.

Is it the work of a lone burglar? A single burglary crew? Or are these unrelated crimes? That's not entirely known right now, police say.

What is known is that businesses need to redouble their efforts at security, and the rest of us need to do a better job of keeping eyes and ears on our neighborhood businesses. We work hard to make our neighborhoods good places. Let's not let petty criminals damage that in any way!

So, if you see something suspicious, call 911 immediately. Let the police decide if it's worth checking out. That's what CPD asks us to do, again and again, at CAPS meetings and other community meetings. Why not take them up on it?

Also, if you have not joined your neighborhood watch or civic association, please do! Scroll to the bottom of this page to see links to some of the best ones.

About the crimes: police say the burglars typically smash their way in the through front doors. The crimes have occurred at nighttime.

Those with useful information to share about any of the crimes are asked to call CPD Area Central detectives at (312) 747-8380 and refer to crime pattern P20-1-006.

In the meantime, here is some advice from CPD for local business owners:

• Keep the perimeter of your property well lit.
• Report suspicious activity immediately.
• Keep doors and windows secured.
• Immediately repair any broken windows, doors or locks.
• If video surveillance is available, save and make a copy of the incident for investigating detectives.
• If you are a victim do not touch anything. Call police immediately.
• If approached by a witness to the incident, request contact information.

Posted by Southwest Chicago Post at 12:56 AM No comments: