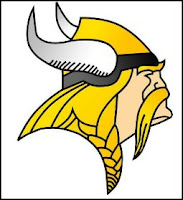 St. Laurence High School students are used to their pep rallies ending on a high note, as they rise in unison to sing/shout the Viking fight song and vow to "defend the glory of the black and gold."

But that's not how they would expect to conclude an all-school assembly to observe National Teen Driver Safety Week; so the boys appeared momentarily puzzled today when the school band struck up a rousing march and cheerleaders burst into the gym. 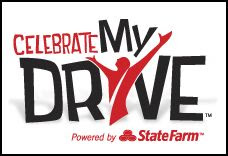 Within a minute or so, they learned the excitement was to celebrate the announcement that St. Laurence is one of just 14 schools across the U.S. and Canada to win acclaim in State Farm's "Celebrate My Drive" initiative---a triumph that includes a check for $100,000.

The student body erupted into cheers and high fives. Virtually every student had a hand in the victory, which was achieved by casting nearly 1,800 votes in the online contest to promote safe driving.

"We are thankful to St. Laurence High School and everyone who came together in September to help rally communities around new drivers," said Todd Hoyt, Vice President of Agency. "Sharing these positive experiences and helping to keep them safe as they explore the road ahead builds stronger communities."

State Farm is taking a different approach to teen driving safety by sharing positive driving habits and experiences---rather than some of the more traditional approaches that often scare new drivers.

Across North America on September 15, high school officials, safety advocates, local law enforcement, and government leaders joined with more than 1,400 State Farm agents and tens of thousands of teens and their parents for a celebration of this year's class of new teen drivers.

As part of this program, State Farm awarded 14 participating schools each a grant of $100,000. The winning schools were chosen based on an online voting process that took place during the six days leading up to September 15.

Schools will use the grants to fund key safety or other essential projects at the school.

In addition, State Farm awarded 14 teen drivers who attended one of the Celebrate My Drive events a 2013 Chevy Sonic. For more information on the initiative, visit www.celebratemydrive.com.

State Farm and its affiliates are the largest provider of car insurance in the U.S. and is a leading insurer in Canada. In addition to providing auto insurance quotes, their 17,800 agents and more than 65,000 employees serve 81 million policies and accounts - more than 79 million auto, home, life and health policies in the United States and Canada, and nearly two million bank accounts. Commercial auto insurance, along with coverage for renters, business owners, boats and motorcycles, is also available. State Farm Mutual Automobile Insurance Company is the parent of the State Farm family of companies. State Farm is ranked No. 43 on the Fortune 500 list of largest companies.