By Joan Hadac
Editor and Publisher

Neighborhood civic associations have a proud history in Chicago and across the nation, fostering the good and fighting the bad, speaking truth to power, rallying people around important causes, and reminding us all that the common men and women are the real owners of a community--not politicians or big business or street gangs. Reminding us, too, that there is strength in numbers and that when smart men and women stand up and stand together, they can work wonders they could not work alone. 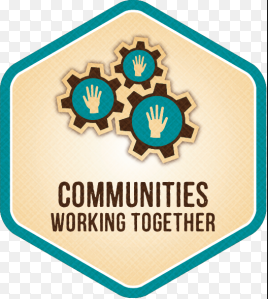 The high-water mark of civic associations, in general and at least in terms of membership and attendance, was about 1935-55, before modern diversions like television, video games and online entertainment came along. Add to that the explosion of single-parent households and a declining economy that has led to more adults than ever working two or more jobs, and well, you can see how fewer people than ever have the time and energy to devote to staying informed about local concerns, much less doing something about them through participation in a civic group.

Other civic groups are hanging on by a thread, with an ever-aging and ever-dwindling membership roster--too tired or too apathetic to try and recruit new members. Worse, some once-effective civic groups have surrendered their independence through leadership that has lost the zeal, fire and focus of their group's original founders, unconsciously becoming little more than pawns for local aldermen and other politicians.

Those groups, in essence, are coffee-and-doughnuts clubs that don't do much more than serve as occasional photo props for politicians looking to get their faces in the neighborhood papers.

And frankly, some politicians like it that way, because an effective civic association can serve as a needed check and balance to those in power. With the average man and woman out of the way--well, you get the idea.

That's why we applaud the Archer Heights Civic Association (which we consider to be the gold standard among Southwest Side neighborhood groups--established, active, effective, inclusive, independent and vibrant) for its role in convening a recent meeting of minds among civic group leaders on the Southwest Side.

We'll let the AHCA pick up the story from here, from a narrative they posted online. (Politicians and staff, please pay special attention).

"On Saturday, April 5th, the presidents and executive directors representing the six civic association/neighborhood groups of the Southwest Side communities of Archer Heights, Clearing, Garfield Ridge, Hearst, West Elsdon and Vittum Park met informally over breakfast at Masters Pancake House, 5265 S. Cicero Avenue. The purpose of the meeting was for the Presidents to meet and get better acquainted with each other and to keep the communication lines open between the civic groups on issues that affect both mutual community borders or transcend all southwest side neighborhood areas.

"Present were Archer Heights Civic Association President – Thomas S. Baliga, organizer of the meeting, Clearing Civic League President – Joe Rice and Executive Director Richard Zilka, Garfield Ridge Civic League President – Rich Techman, Hearst Community Organization President – JoAnn Williams, West Elsdon Civic Association President – Jim Mazenis, and Vittum Park Civic League President – Philip LoPresti. The Presidents came together to share information as to how their respective civic groups are doing and to share processes by which to increase the memberships in their organizations so as to become more effective voices for the homeowners and businesses of each community.
"Many subjects/issues were discussed, but one of the significant topics was the need for major economic redevelopment of the Cicero Avenue Corridor from the Stevenson Expressway south to Midway Airport at 55th Street, and from 59th Street south to 67th Street. These sections of Cicero Avenue affect all six of the communities represented at the breakfast.
"The east, or Chicago side of Cicero Avenue from 63rd to 67th Streets is peppered with closed businesses and empty lots, while the west or Bedford Park side has a beautiful hotel complex generating revenue for that suburb. From 53rd Street north to the Stevenson Expressway, the viable businesses on both the east and west sides (City of Chicago) of Cicero Avenue are faced with adjacent properties containing abandoned/closed business buildings, numerous empty lots some of which have been subjected to fly dumping, and derelict businesses
"The northeast corner of 43rd & Cicero, a prime piece of vacant property facing both Cicero Avenue and the Stevenson Expressway, has been the target of proposed waste transfer and recycling facilities that have been stopped through the efforts of the Archer Heights Civic Association (AHCA) working jointly with a group of very active residents from the Sleepy Hollow section of Archer Heights, Alderman Ricardo Munoz (22nd Ward) and Alderman Edward Burke (14th Ward). Such facilities would not only severely depress surrounding residential property values and discourage positive business development along Cicero Avenue, but would also project an extremely negative first impression of Chicago to out of town travelers using Midway Airport.
"The Archer Heights Civic Association continues to press for the development of a hotel/conference center at the 43rd & Cicero site. This property is minutes away from Midway Airport, a short trip to Downtown shopping and entertainment and is a highly visible location where a hotel logo would easily be seen from all directions of the Stevenson Expressway. A hotel/conference center would significantly contribute to the economy of the greater southwest side, provide much needed conveniently located local jobs and would be the anchor and catalyst for further economic develop of the Cicero Avenue Corridor. The positive impact on homeowner and business property values of all the Midway neighborhood community areas resulting from a redeveloped Cicero Corridor would be incalculable.
"Since Cicero Avenue from Midway Airport to the Stevenson Expressway is the first impression visitors get of Chicago, the AHCA calls for the formation of a “Gateway to Midway Committee” comprised of the Southwest Side civic association leaders and the Aldermen of the wards encompassing the Cicero Avenue Corridor to promote positive economic development of the entire area.
"The six Presidents will keep in touch with each other and meet bi-monthly as “The Presidents Breakfast Club”. The group’s first goal is to encourage and invite all neighborhood residents to become members of the respective community civic groups. The AHCA hopes that formation of “The Presidents Breakfast Club” will encourage fresh, forward thinking about the wealth of opportunities for a revitalized Cicero Avenue as the Gateway to Midway. Contact information and meeting dates for each civic group can be obtained by calling: Archer Heights Civic Association – 773-843-2232, Clearing Civic League – 773-229-2273, Garfield Ridge Civic League – 773-585-9094, Hearst Community Organization – 773-284-4782, West Elsdon Civic League – 773-738-1673, Vittum Park Civic League – 773-581-1287.
"Each civic group welcomes new members, and readers of this posting are encouraged to pass this article to friends and families who reside throughout the Southwest Side to seek out the civic group in your community."