Update: This is 'Local' Hiring, Checkers?

Earlier this year, a Checkers corporate spokesman told me that when it comes to staffing their hamburger restaurants, they are committed to hiring locally and that the company wants the staff to be a reflection of the community it serves. 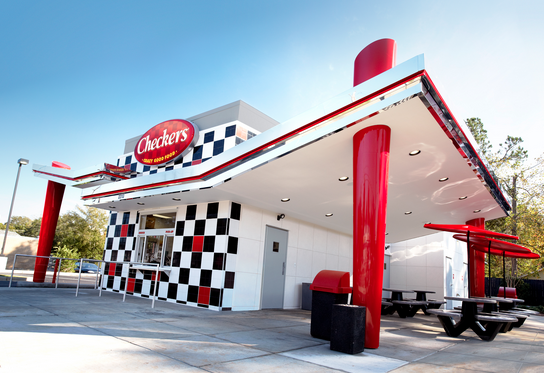 we could expect to see people from Garfield Ridge and Clearing well represented among the crew they'd be hiring to flip burgers, drop fries and make shakes at their new restaurant at Archer and Narragansett, right?

In response to a question I asked a few days ago, a Checkers representative informed me that just two of the 59 employees at Archer and Narragansett are from the 60638 ZIP code.

Who are the others?

Well, mostly ZIP codes from the South Side.

Perhaps if your definition of "local" is "anywhere at all in Chicago," then Checkers hired locally.

But that's not my definition, and I'll bet it's not yours.

And as best I can see, they made no effort to recruit from Garfield Ridge or Clearing. I saw no outreach to the local press, local civic organizations and clubs. Nothing other than a sign at their construction site.

And it's not like there's no unemployment or underemployment here on the Southwest Side. There's plenty, thanks to this ongoing, sluggish economic recovery.

So it looks like Garfield Ridge has yet another fast-food joint, not locally owned, not locally operated, and which--for the most part--does not hire local men, women and teens.

Some in the community are saying hey, there's no law requiring them to hire locally, and at least we have something at that site, right? Better than a vacant eyesore, right?

Well, yes and no. Yes, in the sense that the site is now a business that is paying taxes and employing people--even if they live nowhere around here.

No, in the sense that Checkers is competing against local restaurants that are locally owned, locally operated and which hire local men, women and teens.

What Checkers ought to do is reconsider their actions and, moving forward, commit to hiring employees from the immediate neighborhood, as vacancies arise in the future.

Until then, I'll spend my fast-food dollar at the local independents.

Here are answers from Checkers corporate officials to a few follow-up questions posed: