Several dozen classic cars and other vehicles rolled into the parking lot of Lawn Lanes, 6750 S. Pulaski, last Sunday and spilled onto the adjacent 68th Street--just one block north of what decades ago was one of the most famous--or infamous--teen drag strips (69th Street) on the Southwest Side. 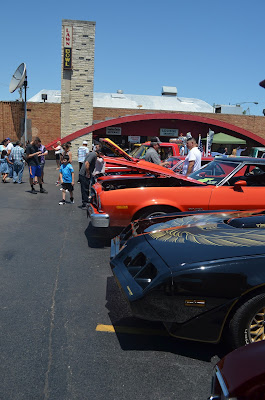 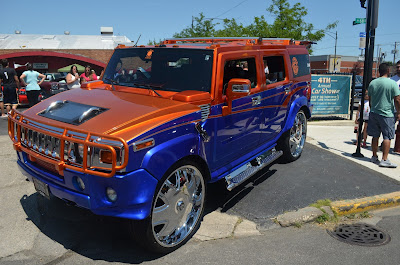 The event, which included vehicles as old as a 1928 Ford Model A and as new as tricked-out SUVs just a few years old, was sponsored by the Greater Southwest Development Corporation. 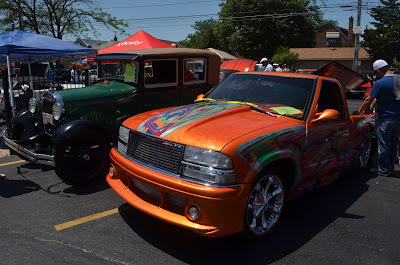 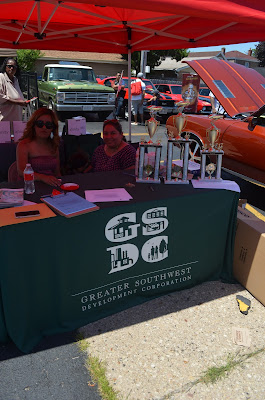 Several owners showed a sense of humor as they employed catchy signs and even a rubber snake (under the hood of a Chevy Monte Carlo, below) to prevent fans from touching the “look but don’t touch” vehicles. 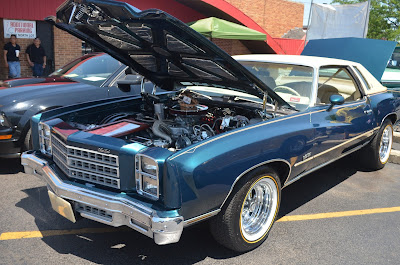 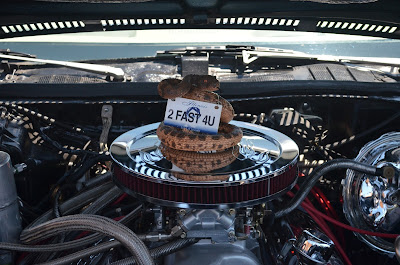 ...or this sign in the windshield of a 1957 Ford Thunderbird: 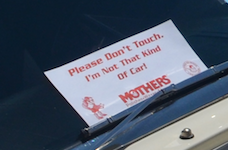 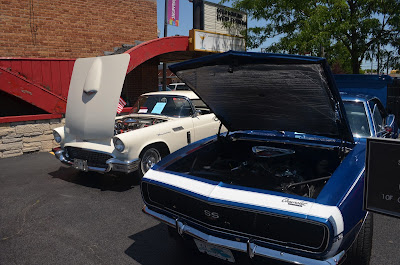 Felix Lopez' extremely limited-edition 1967 Chevy Camaro (one owner!) is so authentic, it even sports a 1967 City of Chicago vehicle sticker, complete with the signature of Mayor Richard J. Daley. 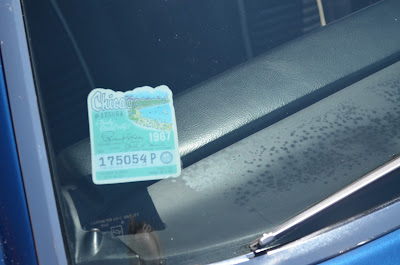 Thanks to DevCorp, the car show was a party with a purpose, as several local businesses and two excellent West Lawn schools--St. Nicholas of Tolentine and St. Mary Star of the Sea--set up tents and offered information about themselves. 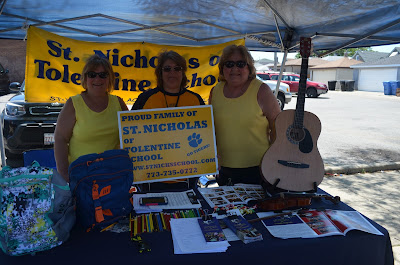 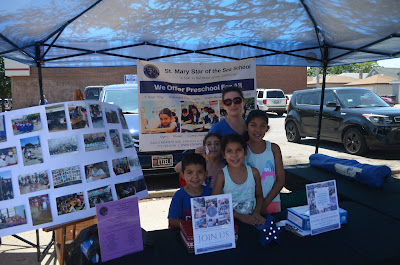 More cool cars and other vehicles: 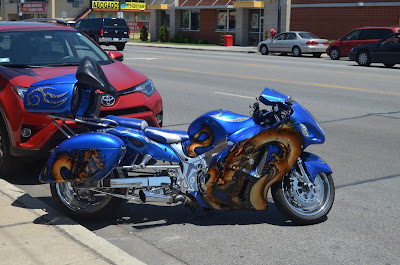 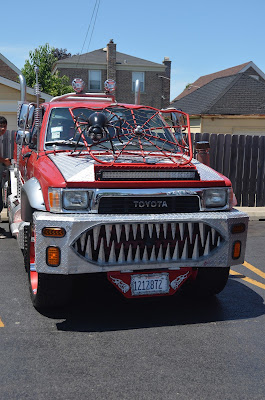