Woman’s head slammed into tree stump during argument
A 27-year-old Scottsdale woman was treated for injuries at Advocate Christ Medical Center after a man slammed her head into a tree stump during an argument on the street in the 7900 block of South Kilbourn at 4:41 p.m. Sunday, Jan. 6. The victim told police she was sitting in a parked car with a friend—a 24-year-old man she named—when they started arguing over money he owed her. When she grabbed cash from the vehicle’s center console and got out, the man chased her. He slammed her head into the stump, took her cellphone and sped away in his car. Police assigned an evidence technician to process a blood sample found on the stump.

Want to work directly with Chicago Police to prevent crime in your neighborhood? Make a New Year's resolution to attend your monthly CAPS meetings in 2019. Hear updates on crime in your neighborhood and learn how you can work with neighbors and police to make the community safer and better for all. Check the map to see which beat is yours. Check back with the Southwest Chicago Post in the weeks ahead for meeting times and dates.


Walking to bus stop, teen robbed at gunpoint
A 17-year-old Chicago Lawn boy was robbed at gunpoint in front of 6320 S. Francisco at 7:50 a.m. Tuesday, Jan. 8. The teen told police he was walking to a CTA bus stop when two men walked up. One waved a pistol and demanded his belongings. They stole his school backpack, cellphone, $20 cash and textbooks and supplies. They then ran away north on Francisco. The victim chased them a short way and saw them jump into a beige car and speed away. The bandits were described as black men age 18-19, one with his hair in an Afro style, the other’s hair was in dreadlocks.


Bandit flees store empty-handed
A would-be robber tried but failed to force his way into the cash room of a store at 4932 S. Kedzie at 11:12 a.m. Tuesday, Jan. 8. Two store employees—a 46-year-old woman and a 66-year-old woman—were inside the locked cash room when a man knocked on the door and threatened to rob them if they did not open up. The women refused, and the man fled. He was described only as a black man wearing a black stocking cap. Police declined to name the store.


Whacked in the head, robbed as he sits on bus
An 18-year-old West Lawn man was robbed as he sat on a CTA bus in front of 3154 W. Marquette Road at 5:40 p.m. Tuesday, Jan. 8. The victim told police that 4-5 people snatched away his cellphone, hit him on the side of the head and ran off the bus. The robbers were described only as black boys or men.

The victim told police he was standing near an alley near 57th and Springfield when a white SUV pulled alongside. The driver reportedly waved a pistol and demanded his belongings. The victim complied. A woman in the vehicle demanded the victim’s sweater. He refused and ran away. The SUV then sped away.

The victim, near his home, used a tracking application to trace his phone to Granados’ home. Police brought the victim to Granados’ home, where he was positively identified by the victim. The cellphone and wallet were recovered, police said.


Bandit in hoody robs man near ATM
A 26-year-old Summit man said he was robbed at gunpoint near 63rd and Moody at 10:55 p.m. Tuesday, Jan. 8. The victim told police that as he was getting out of his car to go to a nearby ATM at a credit union, a man approached and tried to rob him. He pushed the bandit away, but the man then displayed a pistol in his waistband. He patted down the victim, took his wallet and removed $250 cash. He then ran away north on Moody and east down the alley behind the credit union. He wore a red hoody that concealed much of his facial characteristics. He was described only as a Hispanic man about 5-foot-7.


Bandits steal chicken, cheese sticks from driver
A 61-year-old delivery driver was robbed of a food order as he stood on the street in the 3600 block of West 85th Street at 1:12 a.m. Wednesday, Jan. 9. The victim, a driver for Nonna’s Pizza in Oak Lawn, told police that he tried to deliver an order of boneless chicken and cheese sticks to a house, but there was no answer at the door. He then was accosted by two robbers, who showed handguns and took the food. The victim jumped in his vehicle and sped away as the robbers him threatened him with their guns. He told police he heard a pop that he thought was a gunshot. He was not injured. One robber was described as a Hispanic man about 5-foot-10 and 150 pounds. The other was described as a Hispanic boy age 14-15, about 5-foot-11 and 175 pounds, with brown eyes and a light complexion.

A CPD spokesman said that Williams “was observed walking to the door of the location with a bolt cutter and cutting a lockbox off the residence. Both offenders then entered the residence and removed property, loading it onto a truck.”

The vacant home is owned by a 32-year-old Orland Park man.

Gambling thief swipes $1,000 from bar
A man with a bogus slot machine receipt stole $1,000 cash from Orion bar, 5772 S. Archer, at 1:50 a.m. Tuesday, Jan. 8. The bar owner, a 51-year-old woman, told police that the man initially tricked her into thinking the receipt was valid. By the time she realized it was not, she had placed the cash on the counter, and the man grabbed it. She tried to lock the door to prevent the robber from leaving, but he shoved his way past her and ran away north. He was described as an Asian man age 30-40, about 5-foot-8 and 180 pounds, with brown eyes, short brown hair and a medium complexion.


Burglars hit apartment while victim out of town
Burglars broke into an apartment in the 6700 block of West 63rd Street and stole a video game console, assorted gift cards and $450 cash. The crime was reported to police at 4:47 p.m. Friday, Jan. 4. The victim, a 46-year-old man, was out of town when the crime occurred.


Big Coach purse heist at Garfield Ridge home
Burglars forced open the side door of a home in the 5900 block of South Natoma and stole two laptop computers, a wedding ring, a Playstation 4 video game console and 20 Coach purses. The crime was discovered by the victim, a 38-year-old woman, at 2:55 p.m. Tuesday, Jan. 8. 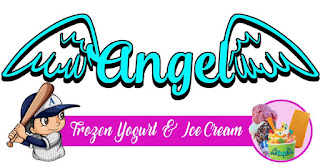 
Copper piping swiped from vacant apartment
Burglars entered an apartment building in the 6100 block of South Kildare and stole copper piping. The crime was reported to police by the building’s owner, a 48-year-old Scottsdale woman, at 6 p.m. Tuesday, Jan. 8. The building is vacant and under renovation. Police said they saw no sign of forced entry.

Tools taken from garage in Clearing
Burglars entered a condominium garage in the 6200 block of South Gullikson and stole assorted tools. The crime was reported to police by the victim, a 51-year-old man, at 3:57 p.m. Sunday, Jan. 6. The victim told police he noticed pry marks on a door.