Man charged in Clearing slaying due in court early next month


Update on something we reported several months ago:

April 2 is the next scheduled court appearance of the 22-year-old man charged with first-degree murder in the December 26, 2018 slaying of 38-year-old Brighton Park resident Francisco Mendoza Jr. in a home in the 5700 block of West 64th Place.

Gerardo Sanchez-Amador, of the 3700 block of West 78th Place, is currently held without bond by the Cook County Department of Corrections. He was arrested in Dallas in January as he was attempting to flee to Mexico, according to a CPD officer.

In the December attack, a 23-year-old woman was shot in the face. She was transported to Advocate Christ Medical Center, where she was listed in serious condition. She was able to tell CPD details about the attack.


Stabbed in hand during argument
A 47-year-old West Lawn man was stabbed in the hand at his home in the 3600 block of West 70th Street at 4:30 a.m. Thursday, March 7. The victim told police that he had been engaged in an argument with his tenant over a missing video game console when another person stabbed him. The victim was taken to Holy Cross Hospital, where he was treated and released. No one is in custody.

If you live in and/or own a business in CPD Beat 811 (central and western Garfield Ridge),

please make plans to attend the next meeting of the Garfield Ridge Neighborhood Watch, set for 7 p.m. Monday, March 18 at the headquarters of the Croatian Radio Club, 7036 West Archer. Stop by and participate in a discussion of crime in the area. Find out if the new camera mounted on a light pole at 53rd and Harlem is yielding results or not. Learn about the new Smart 911 phone app. It's always a good time to get active in the fight against crime. See you there?

Men fail to rob gas station
Two men tried but failed to rob the BP gas station at 67th and Pulaski at 10:47 p.m. Monday, March 4. A 20-year-old clerk told police that one of the two men put his hand in his waistband (implying that he had a weapon) and said, “If you don’t give me some cigarettes, I’m going to smoke your a~~.” He then threw a punch at the clerk but missed. The other man threw several merchandise displays to the floor before both sped away in a gray Ford, south on Pulaski. They were described as Hispanic men age 25-30, about 5-foot-11 and 175 pounds. One had a “Jordan” tattoo on his neck.


A 27-year-old West Lawn man was charged with domestic battery after he allegedly “got into a physical altercation with a member of his household, while under the influence of alcohol,” according to a CPD spokesman, just after 12:30 a.m. Monday, Feb. 25.

Rafael Rodriguez, of the 6500 block of South Keating, was arrested at his home.

According to public records, Rodriguez was arrested near 55th and Damen last year and charged with DUI.


Arrested for the sixth time in three years


A 22-year-old Gage Park man was charged with unlawful use of a weapon, possession of paint with intent to deface and possession of a controlled substance after a traffic stop at 4:50 p.m. Saturday, March 2 in front of 6700 W. Archer.

Ulisses C. Delgado, of the 5800 block of South Richmond, was in a vehicle that police said was driven erratically.

A search of the vehicle yielded a can of spray paint and a 9mm handgun, police said.

Also arrested was Berwyn resident Rogelio Bedolla, 20, of the 3700 block of South Maple.

Bedolla was the driver of the vehicle. He was ticketed for several traffic offenses.

Police did not say what the controlled substance was.

According to public records, Delgado has been arrested six times by CPD since 2016, on such charges as domestic battery, assault, criminal trespass to land and criminal defacement of property.


Say man pointed gun at woman, threatened to kill her

A 28-year-old Englewood man was charged with aggravated assault, disorderly conduct and
obstruction of traffic by a non-motorist after he was arrested at 9:32 p.m. Tuesday, Feb. 26 on the street in front of 6030 W. 63rd Place.

Michael Rodriguez, of the 6100 block of South May, “was involved in a domestic verbal altercation [when] he displayed a handgun, pointed it in the victim's direction and threatened to kill her,” a CPD spokesman said. “[Rodriguez] refused to comply with police direction and fled on foot into traffic, causing vehicles to swerve to avoid collision. After a short foot pursuit, he was placed into custody.”

According to public records, Rodriguez has been arrested eight times by CPD since 2014, on such charges as domestic battery, phone harassment and reckless conduct. 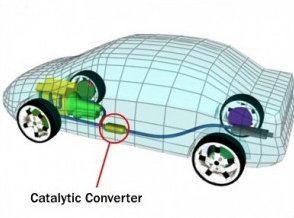 
Diamond earrings and more taken in burglary
Burglars kicked in the door of an apartment in the 3800 block of West 63rd Street and stole an iPad, a PlayStation 4 video game console and a pair of diamond earrings. The crime was discovered by the victim, a 57-year-old woman, at about noon Wednesday, March 6.


Burglars swipe cash, jewelry, laptops
Burglars pried open the back door of a home in the 3600 block of West 79th Place and stole two laptop computers, assorted jewelry and about $4,600 cash. The crime was discovered by the victim, a 32-year-old woman, when she came home at 3:40 p.m. Monday, March 4.


Lawler Park field house burglarized
Burglars broke into the field house at Lawler Park, 5210 W. 64th St., and rummaged around but apparently did not steal anything. The crime was discovered by a Park District employee at about 10 a.m. Monday, March 4.

Thieves steal company truck, credit card after man’s heart attack
Hours after a 32-year-old Tinley Park man had a heart attack in a company truck and near 85th and Cicero and then was pronounced dead at Advocate Christ Medical Center, the truck went missing. Theodore J. “Teddy” Ryan, a union carpenter, had been in a 2000 Chevy truck owned by Global Builders of Oak Brook before he was transported to the hospital via ambulance on Tuesday, March 5. When officers returned to the scene a second time at 11 a.m. Wednesday, March 6, they found the truck back at the scene. Its steering column had been peeled. Further, it was discovered that a company credit card had been stolen and been used numerous times after Ryan’s death.