About building a stronger and safer community

A typical 5K run is held for fitness, fun and often to raise funds for a charity.


But the Garfield Ridge Stars & Stripes 5K Run, set for 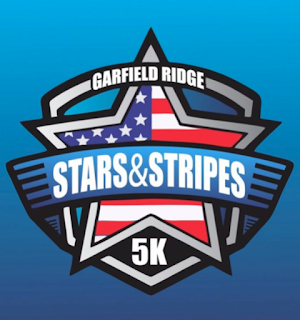 Saturday, June 29, is all that and something more.

“This is more than a race—it’s basically a community challenge,” said Garfield Ridge Neighborhood Watch President Al Cacciottolo, whose crime-fighting organization is a supporter of the effort. “We want as many people as possible to run in the race—but for those of us who are not in shape to run a race like that, we want everyone to step away from the TV, the computer, whatever, and go out to the curbs of the course and cheer on the runners, and get outside and meet each other. A secure neighborhood starts with good people making connections, of getting to know each other and look out for each other.”

A number of the runners will be police officers, firefighters and active-duty military, he added.

“That’s one reason this is being held when it is,” Cacciottolo added. “It’s just before the Fourth of July, and it follows the annual Patriot’s Day Parade (set for Friday, June 28 this year). In a way, it’s an opportunity for our community to step outside and thank those men and women who protect us.”

The race will start and end at Wentworth Park, 57th and Narragansett. The course stretches as far west as Nordica Avenue, as far east as Merrimac, and between 56th and 59th Streets.

Opening horn sounds at 8 a.m., and an awards ceremony in the park at 9:30 will end the morning’s action.

The entire event is a product of Tri-Builders, a non-profit youth triathlon team that since its founding in 2013 has worked to encourage boys and girls to embrace physical fitness, said Juan Ortega, a founder of the group, whose teenage daughters are members of the group.

A catcher and outfielder for Kelly High School back in the 1990s, Ortega today participates in distance running and related events.

This year's event honors the memory of CFD diver Juan Bucio, a Clearing resident who died a hero last year, while trying to save another person's life.

Donations made in honor of Juan Bucio can be made by visiting 100clubchicago.org/event/4959.

All proceeds will go directly to the 100 Club of Chicago.

Participants must be capable of maintaining a 16:00/mile pace for the 5K run. There are multiple categories for adult runners and for youths.

Entry fee is $30 for adults, $20 for children age 12 and younger. Registration and more information can be found at tri-builders.org.