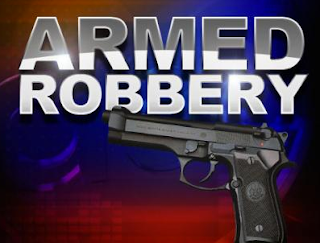 an alert regarding a crew of thugs robbing small businesses across the Chicago area--including one in Garfield Ridge (the Dunkin' Donuts at 5615 S. Harlem).

The criminals involved use vehicles that have been taken in armed robberies. Then, during late evening or early morning hours, they approach restaurants through the drive-through, exit their vehicle, and enter the restaurant through the drive-through window.
The robbers hit the Dunkin' Donuts at 7:19 a.m. Sunday, January 17.
Police released DD store camera images of the bandits squeezing through the windows, as they doubtless terrorize employees inside.
The offenders are suspects in other shooting incidents in the 10th and 11th Districts and should be considered armed and dangerous.

Armed robberies have also occurred during this time frame in Maywood, Matteson, Palos Heights, Oak Forest and Oak Park
Detectives are investigating additional incidents of persons shot in the 10th and 11th Districts involving vehicles used in the above described incidents.

Police described the bandits as three to four men in black clothing wearing masks, driving a silver 2011 Mitsubishi Outlander with Illinois license plate BN48756.
Those with useful information to share about any of crimes are encouraged to call CPD Area 4 detectives at (312) 746-8251.

What you can do:

• Always be aware of your surroundings.
• Report suspicious activity immediately.
• If you are confronted by an assailant, remain calm.
• Remember any unique physical characteristics (such scars, limp, acne, teeth).
• Never pursue a fleeing assailant; instead, provide the information to the police.
• If video surveillance equipment is present, save a copy of the incident for investigating detectives.
• If approached by a witness to the incident, request contact information.
• Dial 9-1-1 immediately and remain on scene when possible.
# # #
advertisement