Rats "Out of Control" Across SW Side

Many neighbors report first-ever rat sightings in backyards
By Tim Hadac
Managing Editor
Southwest Chicago Post
Fall is the time when pest-control companies see a surge in calls from homeowners who see mice and sometimes rats trying to get inside sheds, garages and even homes to find shelter for the winter.
But this year is far worse.
“Rats are out of control” on the Southwest Side and elsewhere across the city, according to José Yanez, owner of Amigo Pest Control, headquartered near Archer and Neva.
A quick check of neighborhood-based Facebook groups and other social media platforms shows neighbors agreeing with Yanez in what appears to be unprecedented numbers. 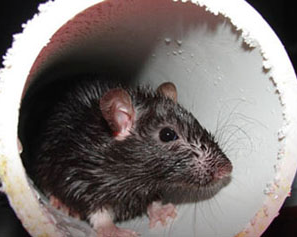 “I've lived in Garfield Ridge since 1969, and we never had a rat—never—until this year,” said Robert Bergren. “I’d like to know where in the hell they’re coming from.”
There are probably several answers to that.
First is the pandemic. Rats hang out where food is readily available; and for years, that often meant the garbage containers behind restaurants. But with so many restaurants shut down—or at least shifting gears largely to carryout and delivery—restaurants are generating far less food waste than ever.
That means rats have to look elsewhere for food. The obvious choices are garbage carts behind houses.
Second, rats seem to be adapting to some of the poisons that have kept them at bay for years, experts from the U.S. Centers for Disease Control and Prevention have said. 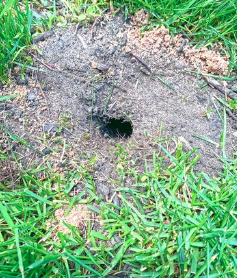 Third, for Clearing and Garfield Ridge at least, the construction that has occurred this year appears to be a contributing factor.
People in the northwest corner of the community have wondered aloud if the ongoing sewer line replacement along 53rd Street and other streets has disrupted longtime rat burrows and pushed them into people’s backyards. People in the north central portion of the neighborhood have pointed to construction in Forest View, north of 51st Street and west of Central, as a reason.
Yanez points to the rebirth of Bedford Park as another reason for the surge in rat sightings.
“There’s been all this new digging and construction on the south side of 65th Street, on land that had just sat there vacant for years,” he said. “It’s safe to say that land was home to perhaps thousands of rats. When all that digging happened, the rats had to go somewhere, so a lot of them headed north to 64th Street, to 63rd Street and so on.” 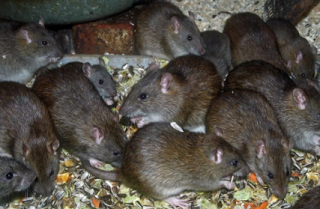 Clearing resident Stasy Kasaitis agreed and faulted the Lightfoot Administration for what she called a failure to anticipate the surge.
“They had to know this would happen,” she said. “Yet I saw no indication of extra baiting of our alleys, no notices to residents that this would occur. Nothing from the mayor, nothing from Streets and San, nothing from the alderman.”
What homeowners can do
“If you want to prevent rats from getting in your garage or your home, you have to look closely and make sure that rats have no way to get in. Every crack, every crevice, every hole must be sealed completely,” Yanez added. “A rat only needs an opening the size of a quarter to get into your house or garage. A mouse only needs an opening the size of a dime. If they can squeeze their head through a hole or a crack, they’re in—and now you have a problem. Because once rats get in and establish themselves, they think it’s their home, not yours.”
Some neighbors in 2021 are turning to feral cats for help in keeping rats at bay, but Yanez is skeptical.
“It used to be you’d only see rats at night, but that’s changed, and you see them during the day,” he said. “They’re getting bold, and I’ve heard reports of rats actually chasing feral cats, instead of the other way around. It’s getting to the point where rats are not afraid of people and in some cases may attack.”
City rodent control workers typically encourage everyone with a complaint about rats to call 311 with an exact address and a detailed description of the problem.
City Hall fields more than 42,000 rat-related complaints in an average year.
But once rodents get inside a home or garage, City workers can do little. That’s where professionals like Yanez come in.
“We have a number of weapons at our disposal, and they work,” he said. “We have a variety of traps, as well as poison that can stop an infestation quickly. Our pest control professionals can and do make homes rodent free—and we help keep them that way.”
Amigo offers a package that includes an initial analysis, corrective action and baiting, as well as a monthly maintenance agreement. Discounts of at least 25% are available for senior citizens and military veterans. Further, Yanez is looking to select a single residential block for a demonstration project--to show that he and his crew can actually rid an entire block of rodents. Nine out of 10 households on the block must participate, for the block to be selected.
Amigo can be reached at (708) 925-1213.
# # #
advertisement