By Tim Hadac
Managing Editor
Southwest Chicago Post
Police are asking for the public's help in finding the driver of a vehicle involved in a hit-and-run crime that occurred in the 6200 block of South Pulaski at 4:48 p.m. Tuesday, February 1. 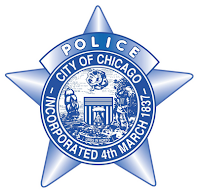 A 3-year-old child was struck and injured by a vehicle while being pushed in a stroller.
The vehicle is gray in color, possibly a Nissan Sentra. The vehicle was last seen fleeing the scene and traveling south on Pulaski.
The CPD Major Accident Investigation Unit encourages anyone who may have any information about this crash or vehicle to
call them at (312) 745-4521.

Police say you may report anonymously at cpdtip.com and refer to case number JF-131113.
Police said the child was transported to Advocate Christ Medical Center and was initially listed in good condition. Police gave no other information.
# # #
advertisement