Call us, too, cops say

311 not sharing graffiti info with police 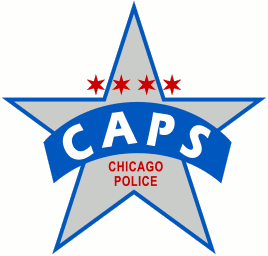 sure they report the crime to police, CPD officials said earlier this month.

The assertion was made at the CAPS Beat 811 meeting, held May 21 at Good Shepherd Presbyterian Church. About a dozen people attended.

In response to a question, CAPS Sgt. Matthew Malloy reiterated what he said at a CAPS Beat 815/821 meeting in Archer Heights several weeks ago.

He noted that 311 operators fielding calls about graffiti routinely pass the information along to the Chicago Department of Streets and Sanitation, so the offensive markings may be eradicated as quickly as possible.

But those same operators do not automatically share that crime-related information with police, he said—which in cases of gang graffiti could represent a missed opportunity for law enforcement to track gang activity.

The sergeant added that he has seen instances at CAPS meetings where people complain about an instance of gang graffiti, yet police seem to have no record of it. “They’ll say, ‘Well, we called it in [to 311],’” he said.

A simple solution exists, he added.

“When you call [311] to report gang graffiti, tell the call-taker that you also want to make a police report about it,” he said, noting that it should only take a few extra moments of time.

Also helpful, added CAPS Officer Ray Tracy, is when citizens take a photo of gang graffiti and share it promptly with police. He said that such images, when examined by CPD gang specialists, can provide needed insights to thwart crime.

He said that often, by the time people tell police about gang graffiti, it has been removed by Streets and San, “and then we’ll ask [the people reporting it] what it looked like, and they may not remember or tell us something vague like, ‘I don’t know. It was red.’”

In other matters at the CAPS Beat 811 meeting, police warned that warmer weather seems to be bringing out the annual re-emergence of con artists.

A 79-year-old woman reported that $60 cash was missing from her purse after she let a man in her home in the 5600 block of South Parkside earlier this month.

The victim told police that a man who seemed to be a ComEd inspector knocked at her door and said he needed to come inside and inspect her electrical outlets.

Once inside, he said he needed to inspect her electrical box in the basement. As they were downstairs, the victim heard someone walking above her, on the home’s main floor. When she started to go upstairs to investigate, the man with her bolted past, ran up the stairs ahead of her and out of the house.

In another instance, con artists tried but failed to enter a home in the 5400 block of South Central. They were frightened off when they saw the elderly victim’s grandson in the backyard, cutting the lawn.

“These [con artists] prey on the elderly, Tracy said. “Please be careful.”

The next CAPS Beat 811 meeting is set for 7 p.m. Tuesday, June 18 at the church, 5550 S. Merrimac. The public is invited. Beat 811 includes central and western Garfield Ridge, from Central to Harlem.