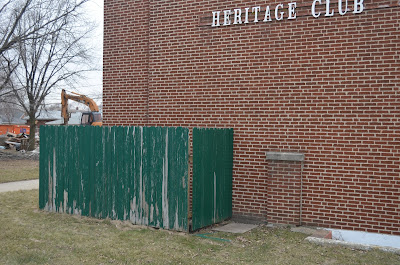 Demolition equipment in the background hints at the imminent demise of the Heritage Benevolent and Pleasure Club building at 5540 South Narragansett.

Wrecking work started yesterday with the leveling of the southernmost addition to the building.

Known by many locally as Yugoslav Hall (and before that, Jugoslav Hall), the building has a long and colorful history going back many decades. It was the site of countless cradle-to-grave family events, from baby showers to funeral luncheons and everything in between.

It was also the site of many public meetings of civic groups, PTAs, Boy and Girl Scouts, and much more. Political rallies were held there, as were church services. The hall was also the scene of a 1978 bomb scare.

In July of 2012, the property's zoning was changed from B3-1 (business) to RS-3 (residential single-unit, detached house), in anticipation of Andrzej Slodyczka (of A & SL Construction of 5611 South Nashville) building seven single-family homes on the site. 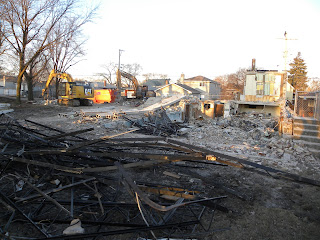 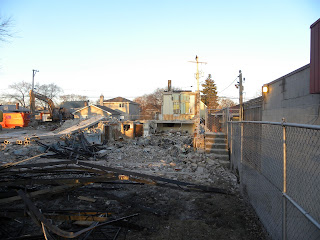 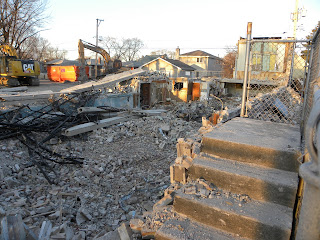 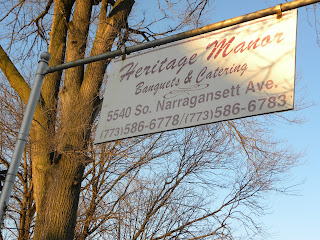