National Night Out Against Crime 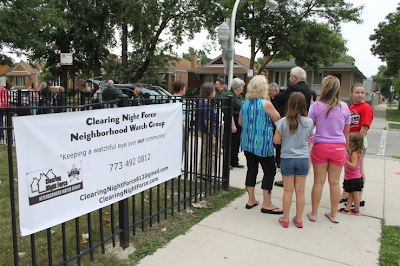 Neighbors gather at 62nd and Melvina (above) on Tuesday evening, just before a prayer service (below) starts to honor the memory of two local girls killed in a gang-related shooting in 1995.

The service was part of the Clearing Night Force's observance of National Night Out, an annual event designed to get law-abiding citizens out of their houses and join forces to combat crime. Following the service was a motorcade through the streets of Clearing.

An NNO celebration for the entire Eighth District, which attracted more than 700 men, women and children, was held Tuesday at West Lawn Park. 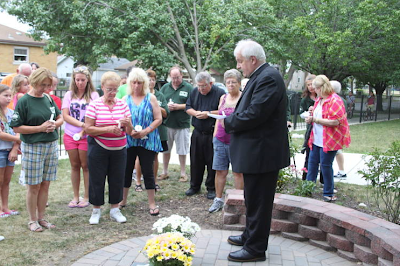