(Editor's note: just sharing some good news from SWCP reader Becki Pestow Reyes. Congratulations to the girls at Byrne, as well as their coaches and everyone who contributed to their success. Way to go! And thanks, Becki, for sharing the good news and photos...) 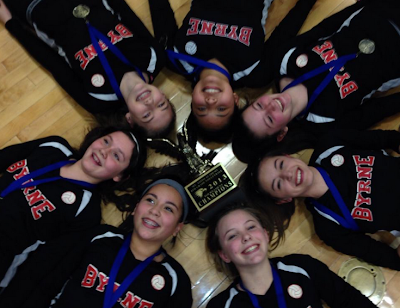 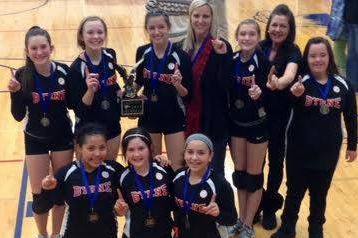 Then on Sunday, December 15, the Byrne girls continued their streak and captured first place at Mt. Assisi Academy's annual volleyball tournament. They went undefeated the entire day to earn the win.

This team has been playing together for more than three years and are in their fourth and final season together at Byrne. They have worked incredibly hard to get to this point.

Keep up the great work! and GO BYRNE! 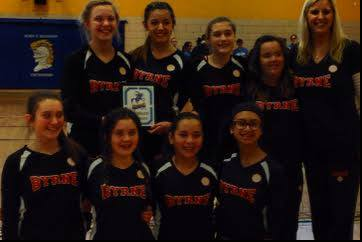