Police charged Maria N. Vrettos, 30, of Fullerton and Central, with aggravated assault and retail theft after she allegedly pulled a knife on a manager at Dunkin’ Donuts, 4649 S. Cicero, at 11:30 a.m. Monday, Aug. 24.

The employee told police that Vrettos entered the shop and bought a cup of coffee, but then tried to take a single-serve bottle of fruit juice without paying. When confronted, Vrettos allegedly pulled a pocket knife and said, “Get the f~ck out of my way!” before walking away east on 47th Street.

She was apprehended by police and positively identified by the Dunkin’ Donuts employee, police said. Vrettos was given a court date on Oct. 19 at 51st and Wentworth.

Burglars entered a car parked on the street in the 3700 block of West 59th Place and stole
an iPod and $20 cash. The crime was discovered by the victim, a 40-year-old West Lawn woman, at 8 a.m. Wednesday, Sept. 2. In an effort to get her iPod back, the woman posted a photo of a man who took a photo of himself (below) with the stolen iPod. (The iPod automatically posts duplicate photos to the iCloud, where they can be retrieved by the iPod's owner.) 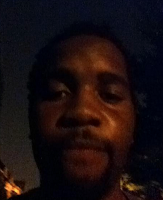 A 28-year-old man was beaten unconscious by a trio of gang members after he refused to make gang signs as he walked down a sidewalk in front of 5201 S. Pulaski at 7 p.m. Sunday, Aug. 23. When the victim woke up, he discovered that his wallet, cell phones and headphones were missing. He reported the crime to police nearly 24 hours later and described his attackers as Hispanic men age 19-21, ranging in height from 5-foot-6 to 6-foot-5.

A 22-year-old Highland Park man told police that he was robbed at gunpoint by three men as he stood on a sidewalk in front of 5825 S. Kostner at 5:30 p.m. Monday, Aug. 24. The victim claimed he was there to buy two pairs of shoes for $550, but instead lost his money to the trio, who sped away south in a silver BMW. The robbers were described only as Hispanic men age 18-20.

Burglars pried open the back door of Panaderia Le Paris, 5434 S. Pulaski, and stole a total of $200 from two cash registers. The crime was discovered by an employee at 11:04 p.m. Monday, Aug. 24 but not reported to police until almost 12 hours later.

Burglars pried open the service door of a garage near 57th and Springfield and stole assorted tools and an automatic door opener. The crime was discovered by the victim, a 31-year-old woman, at 4:40 a.m. Friday, Aug. 28.

* * *
Get this free window sign and show your support for our 8th District Police!
Head over to Archer BP, Archer and Oak Park, for yours!

Burglars entered an unlocked apartment near 51st and Kostner and stole a TV, two computers, an Xbox video game console, an iPad, two cameras and a portable safe. The crime was discovered by the teenage daughter of the victim, a 42-year-old woman, at 2 p.m. Friday, Aug. 28.

Burglars forced open the service door of a garage near 54th and Long and stole two snow blowers and a weed trimmer. The crime was discovered by the victim, a 79-year-old man, at 10:30 p.m. Friday, Aug. 28 when he returned home from visiting others.
A 20-year-old Clearing man and a 16-year-old Garfield Ridge boy were charged with aggravated assault after they allegedly jumped out of a car and used baseball bats to threaten a 38-year-old man as he stood in front of his home near 52nd and Luna at 9 p.m. Tuesday, July 28.


Police charged a West Lawn man with aggravated assault after he allegedly used a pocket knife to threaten a 28-year-old Vittum Park man during an argument on the street at 63rd and Springfield at 1:27 p.m. Monday, Aug. 24. Jorge Munoz, 21, of 72nd and Harding, was taken into custody and is set to appear in court to answer the charge, police said.


Burglars forced open the service door of a garage near 86th and Hamlin and stole a power drill. The crime was discovered by the victim, a 58-year-old man, at 11 a.m. Saturday, Aug. 22.