Woman missing more than a month 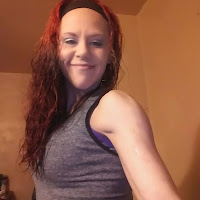 She was last seen at 11:10 a.m. May 18 near 47th and Cicero, wearing a black sweater, red shirt, black leggings and flip flops.

She is a white woman age 30, 5 foot tall and 100 pounds, blue eyes and red/brown hair, light complexion. She has tattoos on her wrists that say, "ELIAS" and "ENRIQUE".

Want to work directly with Chicago Police to prevent crime in your neighborhood? If you live in Beats 813 or 833 (see map), come to West Lawn Park, 4233 West 65th Street, at 7:00 p.m. Tuesday, June 26 and attend your monthly CAPS meeting. Hear updates on crime in your neighborhood and learn how you can work with neighbors and police to make the community safer and better for all.

A security guard was charged with reckless conduct after he allegedly fired his gun during an argument in the parking lot of Mariscos El Kora, 5207 S. Archer.

He allegedly pointed the gun down and shot, and a piece of asphalt flew into the air and struck the victim in his abdomen.

The victim refused medical treatment. Police did not say if Hammons is employed by the restaurant.

A 50-year-old Clearing man was charged with theft after he was reportedly caught “removing property from a commercial yard and placing the property in his vehicle without having authorization to do so,” according to police.


Ex stalking me, woman tells police
A 24-year-old Garfield Ridge woman told police that her ex-boyfriend, a 29-year-old Calumet City man, was stalking her. She made the report at 2:20 a.m. Monday, June 18. The victim told police that as she drove her car, the offender chased her for several blocks in his vehicle. When he caught up with her at a stoplight at 55th and Austin, he reportedly pointed a gun at her and said, “I’m going to catch you one day.” Police added that the offender was seen driving past the Chicago Lawn (8th) District station several times as the victim reported the crime. He remains at large.


Taqueria owner robbed at gunpoint
A 45-year-old woman reported that she was robbed at gunpoint inside Taqueria Los Gallos, 6222 S. Archer, at 6:05 a.m. Thursday, June 14. The victim, one of the owners of the restaurant, told police she was there early to make changes to a security camera. She heard a knock at the eatery’s back door and went to answer it. When she opened the door, two bandits entered and chased her to the restaurant’s office, where they reportedly forced her to open a safe and give them $9,500. The victim said that she then sprayed pepper spray in the face of one of the two bandits, causing them both to flee with the money. They were described as white men age 20-30, about 5-foot-10 and between 140 and 200 pounds. They wore white painters’ pants.

A 24-year-old Scottsdale man was charged with domestic battery after he allegedly “shook and pulled the hair” of a 23-year-old woman.

According to public records, Saleh has been arrested by CPD eight times since 2015, on such charges as burglary, criminal trespass to vehicles, retail theft and criminal damage to property.

Jeanette Rivera was arrested on the signed complaint of a 51-year-old woman, described by police as the victim.

According to public records, Rivera has been arrested five times by CPD at the same address since March, on such charges as domestic battery and criminal damage to property.

Pizza driver robbed at gunpoint
A 22-year-old Brighton Park man delivering a pizza for La Coco’s, 3350 W. 47th St., was robbed at gunpoint on the sidewalk in front of 4620 S. Homan at 2:15 a.m. Thursday, June 14. The victim told police that two masked bandits pulled a gun and threatened to take his car unless he handed over his cash. He surrendered $45, and the bandits sped away in a white Cadillac SUV. They were described only as Hispanic men.

A burglar broke into the rectory at St. Thomas More Church, 81st and California, and stole a 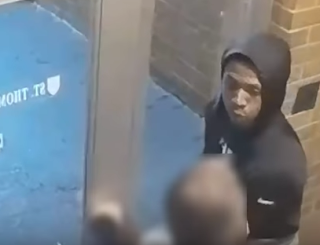 TV, a laptop computer and a wallet with three credit cards and $120 cash.

The crime was discovered by a 41-year-old priest who spotted the offender on the second floor of the rectory at 11:35 p.m. Friday, June 15.

When he confronted the offender, the offender pushed his way past him and ran out of the building.

The crime was captured on rectory surveillance video and released by police. Those with useful information to share are asked to call CPD Detective Mizera at (312) 747-8380 and refer to case number JB 308814.

A 32-year-old Chicago Lawn man was charged with two felony counts of burglary after he allegedly “entered and took property from several vehicles” at 3421 W. 63rd St., the address of the parking lot directly across the street from the Chicago Lawn (8th) District police station.

Burglar fails to break into home
A burglar tried but failed to break into a home in the 5100 block of South Linder. The crime was discovered by the victim, a 29-year-old woman, when she came home at 7 p.m. Tuesday, June 12. The victim told police that the home’s side door was damaged.

Two more women have been arrested in what appears to be a police sweep of streetwalking sex workers and others on Cicero Avenue, north of Archer—since CPD Supt. Eddie Johnson publicly vowed to the Archer Heights Civic Association that he would lead the way to eliminate prostitution for good in that area.

• Charged with soliciting a ride on a public roadway was 39-year-old Amber R. Ramirez, of the 4500 block of South Lawler.

Police said they spotted her at 4839 W. 47th St. at 6:40 a.m. Monday, June 11, “walking along side the roadway looking into vehicles and waving at male occupants, indicating she is available.”

According to the public records, Ramirez has been arrested by CPD 22 times since 2014, on such charges as prostitution, possession of a controlled substance and retail theft.

• Charged with soliciting a ride on a public roadway was 46-year-old Cindy L. Sweeny, of the 8600 block of South Lawler, Burbank.


Scooter swiped from garage on Avers
Burglars broke into a garage in the 5100 block of South Avers and stole an electric scooter. The crime was discovered by the victim, a 41-year-old woman, at 3:40 p.m. Wednesday, June 13.

Sons find departed mom’s home ransacked
Burglars broke into a vacant home in the 4100 block of West 83rd Street and stole a TV. The crime was discovered by a 53-year-old Palos Park man who came to the home with his brother, a 46-year-old Mokena man, to clean out the home—which had belonged to their mother, who died recently.


Collectible coins take from open garage
A 78-year-old Clearing man reported that a burglar walked into his open garage in the 6500 block of West 64th Place and stole a set of collectible mint-grade coins. He reported the crime at 11:59 p.m. Monday, June 11.

Music mixer, speakers and more taken from garage
Burglars forced open the service door of a garage in the 5900 block of South Kolmar and stole a shop vac, two CD decks, a music mixer, two portable speakers and a generator. The crime was discovered by the victim, a 55-year-old woman, at 9:10 a.m. Sunday, June 17.

Appliances taken from vacant home
Burglars kicked in the rear door of a house in the 6000 block of South Menard and stole a refrigerator, a stove and several items of furniture. The crime was discovered by the victim, a 34-year-old Garfield Ridge man, when he returned from vacation at 1 p.m. Sunday, June 17. Neighbors told police they saw two men loading items from the home onto a U-Haul truck. Descriptions of the offenders were vague.

Garage on Leclaire burglarized
Burglars forced open the service door of a garage in the 4700 block of South Leclaire and stole a stereo system, a paint ball gun and a tool set. The crime was discovered by the victim, a 26-year-old man, at 7 p.m. Sunday, June 17.

Returns from vacation, finds home burglarized
Burglars forced open a back window of a home in the 3400 block of West 71st Street and stole assorted jewelry and a wallet. The crime was discovered by the victim, a 62-year-old man, when he returned from vacation at 3 p.m. Friday, June 15.

North Carolina woman’s AC unit swiped
A 49-year-old North Carolina woman told police that someone stole an air conditioner she was storing in a friend’s garage in the 6600 block of South Kolin. She reported the crime at 8:56 p.m. Friday, June 15. Police said there was no sign of forced entry in the garage.