Taking a Breather from Political Ads

WELL NOW, SPORTS fans, we can all take a breather from our constant bombardment with political ads on our TVs, Radios (AM and FM), internet, cellphones and our newspapers. Finally, after what was seemingly an eternity, the midterm elections (2018 edition) are now an entry into our history books. Whatever one's political affiliation or sympathies are, the turnouts across the nation were record breaking. But of course, we're mainly concerned with what has transpired right here in the Land of Lincoln, our own Prairie State of Illinois.

BY NOW, IT is no news that the Democratic Party was most successful in sweeping the top state offices; that being from 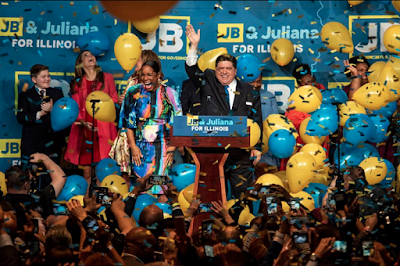 governor (J.B. Pritzker ), secretary of state (Jesse White), attorney general (Kwame Raoul), comptroller (Susanna Mendoza) and treasurer (Mike Frerichs). In our local Congressional 3rd District, Dan Lipinski was returned to Washington, D.C. by the voters. There were no surprises that we can see.

THE OUTCOME MEANT that reform Governor Bruce Rauner (R), was now a one-term state chief executive; being replaced, in turn, by reformer and fellow rookie office holder J.B. Pritzker (D). This phenomenon appears to be the commonplace norm of the future; as it was Rauner's ascent to the Executive Mansion in Springfield that led to his one term. As a matter of fact, all of the previous Illinois governors dating back to Jim Edgar's two terms (1991-99) were one termers: George Ryan (R) 1999-2003, Rod Blagojevich D) 2003-09, Pat Quinn (D) 2009-15. (NOTE: Both Blago and Quinn served 6 years, splitting what would have been Rod's 2nd full term, cut short by his impeachment, indictment and conviction by the feds.)

ALL OF THIS leads us up to the same old situation for we Illinoisans. In short, we are "up that creek without a paddle." The time has come for those in office, regardless of party or any other designations as liberal or conservative, have to sit down, take a long look in the mirror and admit that they are responsible for our situation. This means that it now falls upon Governor-elect Pritzker, Illinois Senate President John Cullerton (D) and Speaker of the Illinois House Mike Madigan (D) to lead by example and "bite the bullet" where it comes to our state's finances. The size as well as the co$t of Illinois government must be drastically reduced. We have no other choice. Otherwise, we'll have to hang out some "Going Out of Business" signs!

SO IN CLOSING, we remind all voters to take five, set a spell 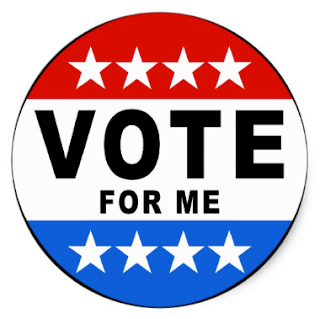 and relax. The political ads are gone for now. But for those of us residing right inside the city limits, we have the 2019 mayoral election scheduled for February 26. As of this time of writing. we have no less than 18 candidates who've thrown their hats in the ring! So brace yourself for the next great wave of "Vote for Me" ads; scheduled to begin their barrage right around the 1st of the New Year !

John "Red" Ryan is a Garfield Ridge resident, retired Chicago Police officer and a man who dislikes the barrage of Vote for Me ads as much as you do.