The Face of a World-Class City?

SO NOW, WE in Chicago are to believe we are truly a world- 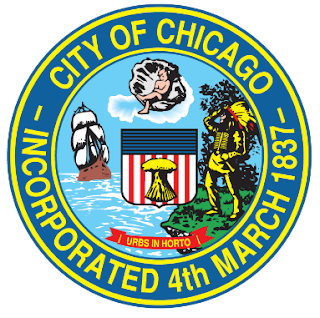 class city. What with our many amenities and special features, ours is a metropolis that is the destination city of so many tourists from both our country and abroad. The attractions at Navy Pier and the vast array of subjects on display in our museums serve to feed the great curiosities of resident and visitor alike. We have great sports attractions, with the revered names such as: the Bears, the Bulls and the Blackhawks; not to mention not one, but two Major League Baseball teams in the Cubs and White Sox.

THE MAKEUP OF such a great city requires first-rate services in those areas essential to our very life and well-being. Our populace is well supported by our utilities of gas, telephone and electricity; as well as city bureaus of streets, sanitation, electricity and water. Transportation, aviation and Transit Authority round out the list of service providers.

THAT WOULD LEAVE us with those agencies that fall under the umbrella category of safety. Fire and police departments and EMS comprise this trio of what makes up the most basic and elemental services that a city must provide. All that we have in these areas is first class and the equal of any municipality anywhere; in spite of our complaints of obvious  understaffing, in some instances.

IN PARTICULAR, WE draw your attention to the use of non-emergency personnel in two functions traditionally and properly being in the province of the policeman. Those duties being usurped from the cop were both assignments that involved traffic control and informational dispersion to the public.

THE MOST RECENTLY established "agency" is the Traffic Control Authority (or TCA for short). The "Authority" employs newly hired and previously inexperienced men and women in the assignment of providing intersection control and assistance in expediting the movement of pedestrians at sports and live entertainment events.

BUT THE MOST long-standing affront to the traditional roles of policemen came with the creation of the "traffic control aide" in 1978. The non-sworn personnel were a product of the 1970s Comprehensive Employment Training Act (or CETA); which was a piece of legislation during the administration of President Jimmy Carter.

SO NOW, NEARLY 40 years later, the traffic control aide is the most visible face of our fair town to any visitors to the Loop. This, then, is what we have on foot instead of real cops, a sort of hybrid between a crossing guard and a meter maid.

DARE WE CALL this truly a world-class city?

John "Red" Ryan is a Garfield Ridge resident, retired Chicago Police officer and an observer of all things Chicago.