‘Munchkin By Marriage’ Still Spry at 100


If Mary Ellen St. Aubin’s 99-plus years could be summed up in a movie title, it would be “It’s a Wonderful Life.”

She will be celebrating her 100th birthday on Monday, Sept. 21. Her family is planning to mark the day with a celebration that is pandemic safe—or as Mary Ellen noted, “They are going to try their best.”

Her family boasts several generations, including nieces and nephews, great-nieces and great nephews and their children.
“I’ve enjoyed my life. It’s been a wonderful life. My family was wonderful. They helped me prove that I could do what I want. I still have a great family. They’ve always treated me like I was a big person, not a little person,” said Mary Ellen, who moved to Clearing in 1969 after living in Chicago Lawn.
Born Mary Ellen Burbach, this native Chicagoan never let her stature (3-foot-8) get in the way of her dreams. At the age of 14, she lied about her age because “we all lied about our age because we wanted to work,” and began work in the entertainment industry. She took the stage with other little people in the second year of the Chicago World’s Fair, in 1934. 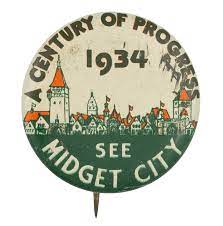 Her husband, the late Pernell, had experienced the World’s Fair in 1933, but this was before she met him.
The entertainment industry was one of the few places little people could find work, as did Mary Ellen. Of course one of the most coveted roles was being in The Wizard of Oz as a munchkin. Pernell earned a role as a soldier. He appears in the movie several times. Mary Ellen also confided in me he was 16 at the time.

Mary Ellen couldn’t audition for the movie because she was under contract to someone else and was dancing on a stage in Detroit. Dancing was her talent and she could perform tap, ballet and acrobatic dancing. She had already had experience as a vaudeville entertainer and eventually experienced movie life when she was tapped to play a leprechaun with other little people in Three Wise Fools, a 1946 film starring Lionel Barrymore and Margaret O’Brien.

After 13 years in the entertainment world, Mary Ellen decided to head back home to Chicago. Pernell was already back in Chicago. He had headed home and worked in a factory as a riveter. Many little people had done the same.

Mary Ellen found work in a large department store downtown and during Christmastime, Pernell had ventured into the store. They met and on April 3, 1948 they married. 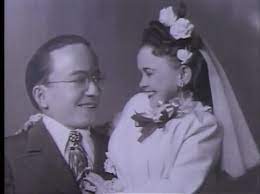 In August they opened The Midget Club, which over the years would carve out its place in the quirky history of the Southwest Side.
It was a cocktail lounge built so she and Pernell, 43 inches tall, could serve drinks behind the bar without having to step up onto anything.

“Everyone was welcome-as long as they were of age,” she laughed.

The unique club attracted a lot of attention from the news media, being featured in TV news stories and newspapers. The Midget Club was located at 64th and Kedzie from 1948 to 1954 and then moved to 63rd and Pulaski until Mary Ellen and Pernell retired in 1982.
That bar no longer exists. The building was razed to make way for the new West Lawn Branch Library in the 1980s.

“I met a lot of nice people. It was fun meeting people,” Mary Ellen said.

Mary Ellen and Pernell would visit and be guests at various festivals featuring other Munchkins from the Wizard of Oz.

After Pernell’s death in 1987 at age 64, a couple months short of their 40th wedding anniversary, Mary Ellen kept up this tradition. Billed as the last living “munchkin by marriage,” has been to festivals in Michigan, Missouri, and made special mention of The Indiana Wizard of Oz Festival, which closed after 32 years. She has also visited festivals closer to home in Tinley Park and at the Woodridge Theater. 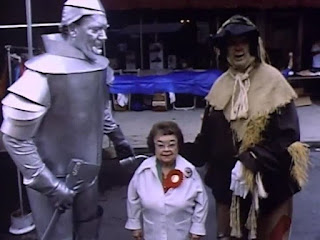 “They hired me at 67 years of age so it’s been 32 going on 33 years. It’s a lovely place to work. I still want to work. I enjoy getting out every day. I like seeing people every day. It keeps me going,” Mary Ellen said.

Unfortunately, because of the pandemic, Mary Ellen has had to hunker down at home, like most people. She misses her daily contact with the other employees and clients at St. Coletta’s. 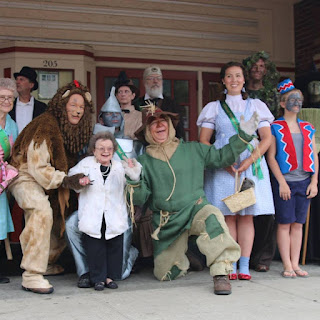 I noticed something else while talking to Mary Ellen. Her laughter rang out strong and true. I think that is another secret to reaching 100. Laughter. It seems good humor is a constant companion of Mary Ellen and I hope she has more laughter ahead.
# # #
advertisement