A Simple Solution to a Simple Problem, Thanks to Businessman Arturo Ayala

If anyone asks why the Scottsdale neighborhood is such a good and special place, meet Arturo Ayala. 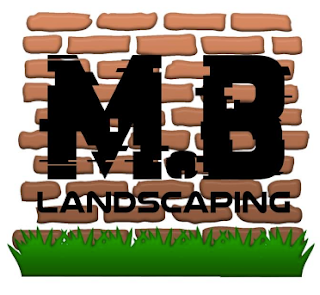 Ayala is a young Southwest Sider (a 2014 graduate of Hubbard High School) and a budding businessman. He owns and operates his own company, M.B Landscaping, an increasing popular firm that handles everything from simple grass cutting to larger and more comprehensive landscaping that makes the exterior of homes and businesses sparkle.
Earlier this month, in the Scottsdale Neighborhood Watch Facebook group, a person complained about the severely overgrown lawn and bushes at a vacant (and for sale) home near 82nd Place and Kilpatrick. The grounds were unkempt at best, downright ugly at worst.
Several people weighed in with suggestions on what to do about the problem. Some said call the alderman's office. Others said call 311. Others suggested calling Streets and Sanitation and having the owner (whoever that is) ticketed and fined. Still another person suggested contacting a lawyer and suing the property owner.
All "solutions" that could takes weeks or even months--while the grass, weeds and bushes would grow worse.
But as others suggested punitive measures, Ayala stepped forward with a simple, constructive idea. He volunteered to swing by with his truck, lawn mower, weed whacker and simply get the job done. No charge. A community service from Ayala, a businessman who lives in Scottsdale.
And he did exactly that the following morning. Being a responsible business owner, Ayala first made sure he had the OK of the both the property owner and the realty agent--who, as you might imagine, were grateful for the unexpected assistance.
Sure enough, the lawn and grounds looked great after a couple hours of TLC by Ayala--a man who knows what he's doing. The photos below help tell the tale, but only somewhat. Believe me, the "before" looked a lot worse than what photography can illustrate.
Thank you, Arturo Ayala.
Anyway, I think the lesson for us all is that very often in this community (or any community, really), there are solutions to problems that don't have to involve government, don't have to involve public shaming, don't have to involve suing anyone, or anything negative.
Here we have a simple situation that needed a simple solution. And one was provided by Arturo Ayala of M.B landscaping, obviously a responsible, generous businessman who gets things done. Hopefully, going forward, this can serve as a model for addressing other concerns in the neighborhood, as well as across the Southwest Side. 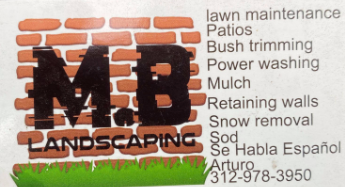