For the first time in the last 50 years, the Kennedy High School 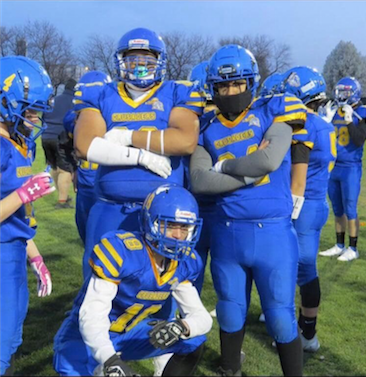 In a pandemic-shortened spring season, the Crusaders went 5-0.

The Rauner triumph was especially sweet, avenging a 2019 loss. 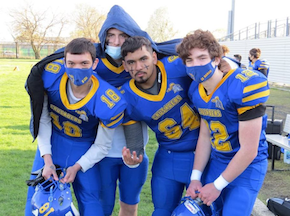 Mike Cremins, now in his third year at the helm for the Crusaders.

“We thought we were on the cusp of having a really good season, but then COVID came,” he said. “All of us were disappointed that we wouldn’t have a chance to show what we had been building towards, and I was especially disappointed for our seniors. But then all of a sudden—out of nowhere—they announced we could have a little spring season, and we were super-thrilled about that.” 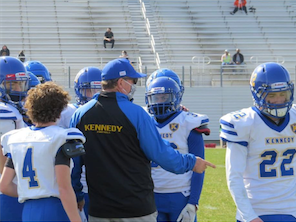 Malarkey, the team’s leading rusher; senior Santiago Suarez, who has anchored the offensive line; junior quarterback Angelo Rochel, who threw for six touchdowns with no interceptions; junior wide receiver Jayce Gade, who scored five TDs on offense and one on defense (as a safety); and junior running back/cornerback Josh Tunstill, who scored a touchdown in the final game against Steinmetz.

In a time when many players seem more interested in making the highlight reel than making a first down, the Crusaders play a refreshingly throwback style of football.

“Our practices are hard, and they’re physical,” Cremins said. 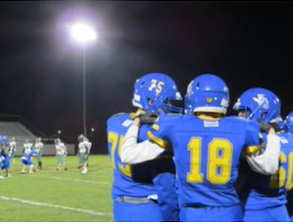 “We play a kind of old-school football: three yards and a cloud of dust.

“We keep it simple. Our trick play is when we go left,” he added with a chuckle. “But we’re good at what we do, and we know other teams will have to put in the work to stop us. And if they aren’t willing to pay the price to stop us, they’re in trouble.”

An ‘exciting time’ at Kennedy

Cremins served as a football assistant coach under Hermanas 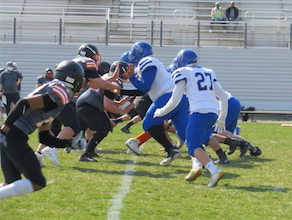 at Gage Park High School about 20 years ago, when the Owls won a conference title. He credits Hermanas with being his first coaching mentor.

Before he brought him on staff at Gage Park, Cremins had never coached football or even played it in high school. He was a fan of the game and followed the Denver Broncos and the University of Colorado Buffaloes as a boy, but his love of golf (another fall sport in high school) prevented him from going out for the football team.

“Brian is a really impressive young guy, definitely on his way up 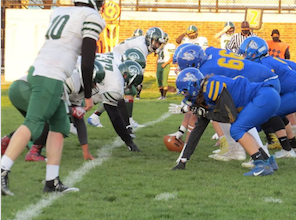 in coaching,” Cremins said. “Someday the keys to the kingdom will be his, I expect.”

Lopez is a volunteer coach “who was even with us back in the Gage Park days, years ago,” Cremins noted. “He's made a huge contribution to our team.”

“This is exciting time for Kennedy football,” Cremins said. “We’ve built momentum, and we’re moving in the right direction. It looks like we’ll have some very good returning seniors in the fall.”

One marker of that excitement is how many students come out 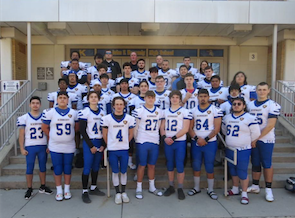 for football. Numbers are up from 20 a couple of years ago to 35 this year.

Another marker is the feeling among players’ parents. Judging from what Erica Leal and Jody Tunstill say, the coaches have made a big and even life-changing effect on their sons
(Frank Leal and Josh Tunstill, respectively) and the other players—helping turn sometimes undisciplined boys into good men with focus and a future.
“These kids have really bought into the system, and they 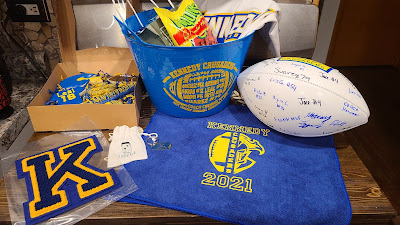 worked hard,” Tunstill said. “They didn’t have to be out there, in full gear and wearing masks, sweating in the heat to practice and put in the work. But they did, and I think that says a lot about the coaches. It’s had a great effect on these kids.”

“[Cremins] shows these kids he cares about them and even took

a few under his wing,” she said. “It’s amazing to see not only them improve as football players; but far more important, to improve academically, focusing in the classroom and getting better grades.”

The players surprised Cremins with a football signed by 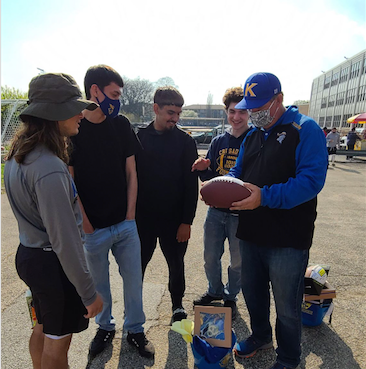 everyone on the team.

“It was a really emotional moment,” Leal recalled. “I think he was touched by the gesture, and a few of us had tears in our eyes.”

And in an era of in-your-face showboating and end zone dances designed to humiliate opponents--when “smash mouth” has often replaced “good sportsmanship” as a guiding principle in high school football, the Crusaders follow a different path.

“Every sport teaches lessons, but I think football teaches the idea that hard work now pays off in the future,” he concluded. “If you want to be good at football, you have to be willing to pay the price. Learn that lesson, and it’s something that can change your life for the better.” 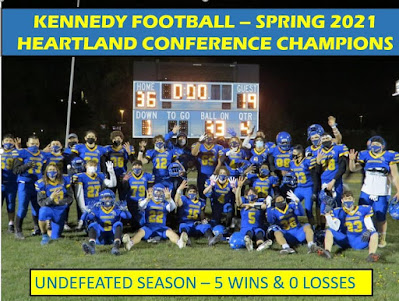 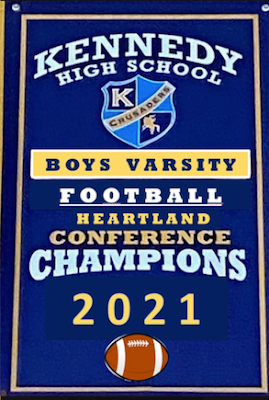