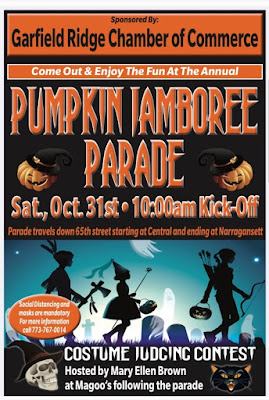 “The business owners of this community care quite a bit about the neighborhoods we serve, so we just kind of claimed the parade,” GRCC President Mary Ellen Brown said. “The thousands of boys and girls, moms and dads, grandmas and grandpas who enjoy this parade every year…those are our customers, our clients or our patients, as the case may be. We care about them.” 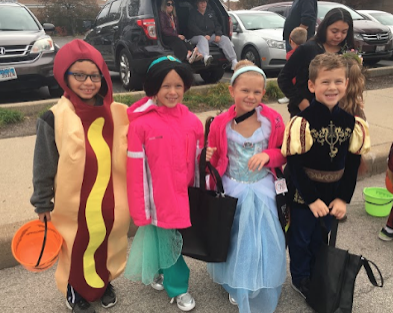 The parade this year will not be held on Archer Avenue, because City officials told the GRCC they would not issue a permit in a pandemic year. So the Chamber looked to the Village of Bedford Park and found a willing partner.

Brown said that Village President David R. Brady was friendly and easy to work with. For this year, at least, the Village will be home to the parade.

The 2020 GRCC Pumpkin Jamboree Parade will step off at 10 a.m. Saturday, October 31 from 65th and Central—marching west for a mile and disbanding at Narragansett.

Brown said that Bedford Park will close off all eastbound and 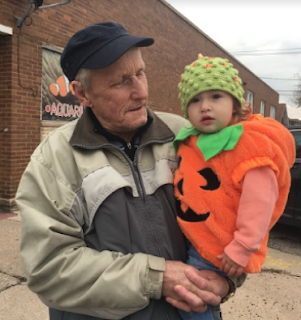 westbound lanes of 65th Street, to ensure safety of parade participants and spectators.

Because the GRCC has expanded its service area far beyond Garfield Ridge—to include neighborhoods on all sides of the airport—all Southwest Siders are invited to come out and enjoy the celebration.

The parade will doubtless be smaller than it has been in previous years, partly because of the pandemic and partly because under Lipinski’s sponsorship, the parade was less of a Garfield Ridge-Clearing event and more of a district-wide celebration that included marching units like the Proviso East High School band and first responder vehicles from as many as a dozen suburbs. 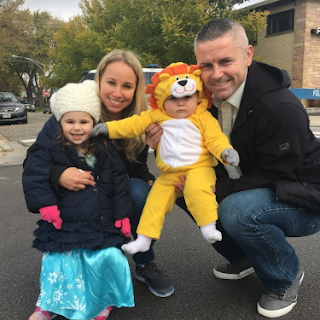 “It should be very family focused,” Brown said, adding that the GRCC insists that marchers and spectators follow CDC guidelines such as using masks and keeping safe distances from others. “We’re proud to make this event happen, we will do all we can to do it safely.”
She added that a key condition for Bedford Park officials allowing the event is that all must follow public health guidelines for social distancing and staying safe in the pandemic.

Those interested in marching in and/or entering a vehicle in the parade are advised to visit garfieldridgecc.com, fill out an application and return it online by Oct. 21.

Immediately after the parade, all are invited to a family-friendly 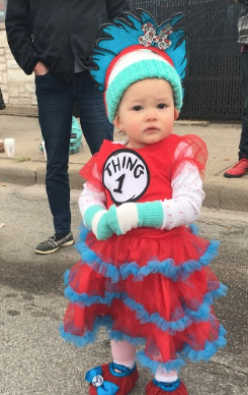 Halloween celebration outside (weather permitting) at Magoo’s, 6500 S. Menard. There will be costume judging in several categories, prizes, food and fun. Admission is free. If the weather is inclement, the party will be moved inside.

Reaction among parents in the neighborhood appeared positive.

“I think it’s great that someone stepped forward to save this parade,” said Gina Roccasalva as she finished her shopping at Fair Share Finer Foods at 63rd and Narragansett. “If the Chamber didn’t pick up the ball that got dropped, we’d have nothing. Shame on Mayor Lightfoot for not allowing this, and thanks to Bedford Park for what they’re doing.”

Katie Villalobos said she likes “seeing all the little ones in their Halloween costumes at the parade, but I hope they do it safely. Wear your masks and keep your distance.”

Craig Lynch said the GRCC’s action “shows why we should shop right here in the neighborhood. Every time I see my neighbors go shopping in La Grange or Countryside or Orland or wherever, I say, ‘Hey, what do those businesses do for our neighborhood? Nothing.’ You take care of those who take care of you. Our local businesses support us. We should return the favor.” 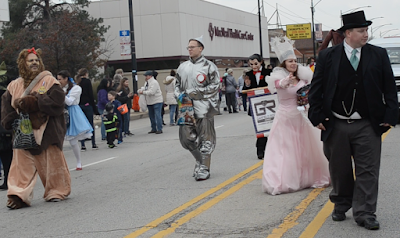