* * *
Claim man threw woman against wall
A 24-year-old West Lawn man was charged with domestic battery after he was arrested in the 3900 block of West 56th Place at 11:30 p.m. Sunday, Oct. 4.
Juan A. Marinez, of the 7200 block of South Springfield, allegedly grabbed a 23-year-old woman by the neck and threw her against a wall during an argument.
advertisement

advertisement
Claim man had child porn on his computer
A 39-year-old West Lawn man was charged with possession of child pornography after he was arrested at his home in the 6600 block of South Kolin at 2:10 p.m. Wednesday, Oct. 14.
Gabriel Herrera was apprehended without incident. A CPD spokesman said that a computer tablet that Herrera had pawned was found to contain at least one item considered to be child pornography. The pawn shop, not named by a CPD spokesman, alerted police.
According to public records, Herrera was arrested twice by CPD in 2016—once on an assault charge, once on a theft charge.
* * * * *
If you're a senior citizen homeowner living in the 60638 ZIP code,
there's good news, thanks to a new partnership of three local business leaders.
Click the image below for details! 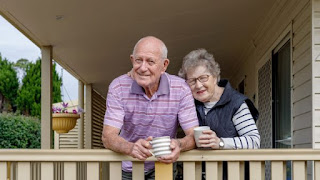 Suburban woman busted for burglary in Garfield Ridge
A 19-year-old woman from suburban Schaumburg was charged with three counts of burglary
after she was arrested in the 5400 block of South Nordica at 4:45 a.m. Saturday, Oct. 17.
Ivayla Zaharieva, of the 400 block of Verde Drive, allegedly stole a USB cord from a vehicle parked nearby.
A CPD spokesman said that officers on patrol also saw Zaharieva trying to open a door of a nearby home. Further, she reportedly was found to be holding a Macy’s shopping bag that contained clothes that did not belong to her, police added.
A computer check revealed she was wanted on a warrant, although the spokesman did not say why she wanted or which jurisdiction issued the warrant.
advertisement

advertisement
Claim man used vehicle to ram woman’s vehicle
A 24-year-old Near West Side man was charged with aggravated assault and criminal damage to property after he was arrested in the 4000 block of West Columbus at 3:50 p.m. Friday, Oct. 9.
John R. Ogden, of the 1300 block of West Erie, allegedly used his vehicle to ram the vehicle of a 25-year-old woman, a CPD spokesman said without elaborating.
According to public records, Ogden has been arrested eight times by CPD since 2014 on such charges as criminal trespass to a vehicle, assault and theft.
advertisement

advertisement
Bust man for DUI on Cicero Avenue
A 32-year-old Near North Side man was charged with DUI, as well as carrying open liquor in a vehicle, after he was arrested in the 8000 block of South Cicero at 7:05 p.m. Sunday, Oct. 11.
Gustavo Macia Velazquez, of the 400 block of West Division, was reportedly apprehended by police responding to a 911 call of a man staggering down a sidewalk. A CPD spokesman did not say what alcohol was reportedly found in his vehicle.
advertisement

advertisement
Claim Lockport man drove drunk, crashed pickup
A 46-year-old man from suburban Lockport was charged with DUI, using a cellphone while driving, transporting open alcohol in a vehicle, failure to reduce speed to avoid an accident and leaving the scene of an accident after he was arrested in the 6100 block of South Pulaski at 11:42 p.m. Saturday, Oct. 10.
Fructuoso Rangel was identified by a witness as the man who crashed his pickup truck into a vehicle in the 6100 block of South Lawndale, minutes before his arrest.
advertisement

advertisement
Kicked me in the leg, woman tells police
A 32-year-old Clearing man was charged with domestic battery after he was arrested at his home in the 6200 block of West 64th Place at 12:52 a.m. Sunday, Oct. 18.
William Green allegedly kicked a 32-year-old woman in the leg during an argument.
advertisement

advertisement
Charge man with domestic battery
A 36-year-old Archer Heights man was charged with domestic battery after he was arrested in the 3300 block of West 57th Street at 3:30 a.m. Saturday, Oct. 17.
Jerry C. Frausto, of the 5000 block of South Kenneth, allegedly kicked and punched a 33-year-old woman, as well as dragged her up steps, during an argument.
advertisement

advertisement
Claim man swiped TV from RR freight car
A 29-year-old Wrightwood man was charged with theft after he was arrested near his home in the 7600 block of South Artesian at 10:51 a.m. Wednesday, Oct. 14.
Lavail J. Moutry was apprehended without incident. Police said he had stolen a flat-screen TV from a nearby railroad freight car.
A CPD spokesman did not say if the arrest of Moutry was connected to the theft of 71 65-inch Samsung flat-screen TVs (valued at a total of $37,000) that had been stolen from a nearby railroad freight car about 10 hours earlier.
advertisement

advertisement
Paintballers attack man on 55th Street
A 32-year-old Pilsen man was hit in the head with an orange paintball as he walked down a sidewalk in the 4600 block of West 55th Street at 3:35 p.m. Wednesday, Oct. 14. The victim said the shooter appeared to have fired from a red sedan, which sped away east on 55th Street. The victim refused medical attention.
Claim man drove drunk into deck
A 65-year-old Clearing man was charged with DUI, negligent driving and failure to reduce speed to avoid an accident after he was arrested near his home in the 6000 block of South Rutherford at 7 p.m. Sunday, Oct. 11.
Jan Dunaj was the driver of a vehicle that reportedly jumped a curb and crashed into the backyard deck of a home at 60th and Rutherford, minutes before his arrest.
Dunaj also was charged with driving without a license and driving without insurance.
advertisement