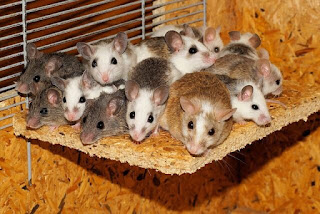 Fall Weather Brings Added Challenges
By Tim Hadac
Managing Editor
Southwest Chicago Post
A quick check any neighborhood-based Facebook group in the city (or many suburbs) shows increasing concern about infestations of mice and even rats.

“Until this year, I had not seen a rat in West Lawn since the 1980s,” Frank Jenig said in a recent discussion. “I thought the City had eliminated that problem.”

Why rodent populations seem to be surging is anyone’s guess—and there are plenty of guesses, including years of budget cuts that have reportedly reduced City Hall’s ability to control the furry pests.

Others say that overloading of garbage carts in alleys has resulted in a steady food supply for rats and mice.

“I grew up in the ‘40s; and sure, we had rats because of the way that garbage was all over the place,” said McKinley Park resident Sal Vecchio. “We had those concrete garbage containers, and then we had 55-gallon drums with lids that never fit. I thought the new garbage carts that came in years ago would solve the problem. But if you overload them, it defeats the purpose.”

Still others point to dog owners not picking up their pets’ excrement—which is a food source for rodents when other sources are not available.

“Bird feeders are an issue,” said Evan Ostrowski, a retired rodent control officer. “I know a lot of people like to feed the birds; but let God feed the birds. When you put the bird feeder out, the squirrels are going to come and get it. The squirrels are going to knock the suet and the seeds on the ground; and now it’s not bird food no more. Now it’s rat food, and the oil [in the suet] attracts rats.”

Compounding the problem is the weather. As fall moves toward winter, rats and mice look for a place to shelter and reproduce over the winter, notes Jose Yanez, owner of Amigo Pest Control.

Yanez cautions homeowners against having a false sense of security about being rodent-free.

Mice and rats can squeeze their way under a storm doors if the weather stripping at the bottom is weakened by a few years’ wear and tear. The resourceful creatures can even squeeze in spaces next to pipes and wires that enter the home from the outside.
Once that happens, infestation begins.

“Rodents will find a dark, dry, warm space where you would never notice them and probably can’t find them,” Ostrowski added. “Often that means behind your kitchen cabinets, where they can be close to your food supply. Perfect place for them to nest and start making babies—and man, they reproduce quickly.”

Some people say keeping rodents at bay requires nothing more than buying a cat.

But Yanez says that over time, rodents appear to have lost their fear of felines.

“We see a lot of homes where people have cats, but they still have a rodent problem,” he said. “I’ve seen a lot of cats being chased by rats.”

City rodent control workers typically encourage everyone with a complaint about rats to call 311 with an exact address and a detailed description of the problem.

But once rodents get inside a home or garage, City workers can do little. That’s where professionals like Yanez come in.

“We have a number of weapons at our disposal, and they work,” he said. “We have a variety of traps, as well as poison that can stop an infestation quickly. Our pest control professionals can and do make homes rodent free—and we help keep them that way.”
# # #
advertisement