Rumors of a Checkers fast food restaurant at Archer and 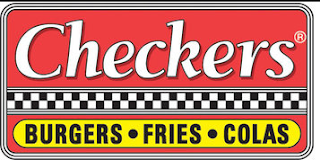 Narragansett are currently just that, the company said today in a statement. 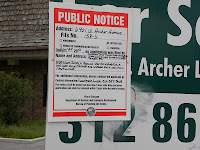 corner of the intersection. The notice indicates that back on April 24, Checkers applied for a special-use permit to construct a one-story restaurant with a single-lane drive-thru.

Checkers is a restaurant chain headquartered in Tampa, Florida. The company also owns Rally's hamburger restaurants--about 800 restaurants in all. Some are company owned and operated; many are franchises.

In the Chicago area, there are three, according to the Checkers website: two on the South Side and a third in south suburban Dixmoor.

When contacted by the Southwest Chicago Post, 23rd Ward Alderman Michael R. Zalewski briefly confirmed that a Checkers is planned for the site.

When contacted by the Southwest Chicago Post, a Checkers spokesman initially said there are no plans at all to build a Checkers at that site; but went on to say that the company does plan to expand in the Chicago area and pointed with pride to the fact that the largest Checkers restaurant in the nation is in Chicago, "right off I-55." (The spokesman was referring to the Checkers at 87th and Stony Island.)

When told of the sign posted publicly at the site and what the alderman had indicated, the company re-grouped and issued this statement:

"We are exploring this location - but need to come to terms on the ability to move forward. We appreciate the support of the Alderman, but need several other things to fall in place.There is nothing we want more than to bring Checkers to hungry Chicagoans and bring great franchise opportunity to excited restaurateurs."

Currently home to a derelict property (an abandoned bank walk-up/drive-thru facility), the parcel at 6401 West Archer has been home to other things over the years, including a Jack in the Box fast food restaurant.

Checkers has not yet indicated if it plans to operate one of its "late night" locations at Archer and Narragansett. Such units typically

open for business at 10:00 a.m. daily and can stay open as late as 4:00 a.m. weeknights and 5:00 a.m. weekends. The three Checkers in the Chicago area are late-night locations, as are the company's Rally's fast food restaurants in South Holland and Gary.