The imminent shutdown of half of the Chicago Department of Public Health's (CDPH) mental health clinics is expected to result next month in a surge of mentally ill men and women in and around the remaining clinics, including the Greater Lawn Mental Health Center, 4150 West 55th Street. 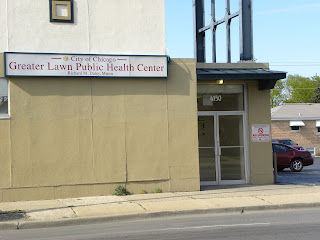 And while health professionals generally agree that people with mental illness are no more prone to crime or violence than people who are not mentally ill---in fact, data show that people with mental illness are more likely to be crime and violence victims that the rest of the population---the clinic's neighbors are expressing concern that they were not consulted or even notified about the surge.

"They're doing what?" asked a woman who lives just a half block away from the clinic, and who asked that her name be withheld. "Some of these patients in the clinic walk up and down 55th Street, to and from Pulaski, bumming cigarettes and eating and drinking while they go; and they throw their garbage on the ground. Or else they walk up Kedvale or Karlov or Komensky to and from the Jewel's, doing the same thing. And now we're going to have more of this? Why didn't (Mayor) Emanuel or the Health Department ask us? Why didn't our alderman tell us?"

"Nobody notified us," added a man who has lived for nearly 30 years with his family in a home directly across from the clinic. "We haven't had a lot of problems with the clinic---some litter that blows around, and there have been a couple of car break-ins in their lot, but I don't know who was responsible for that. But frankly, I don't know how they're going to handle all these people coming over from the clinic on Ashland. That parking lot is already jammed on days when both the mental health clinic and WIC clinic are open. I don't know where they're going to park."

Apparently, the Health Department failed to bring local community groups into the loop, as well. Representatives from both the Archer Heights Civic Association and the West Elsdon Civic Association expressed surprise upon hearing the news from the Southwest Chicago Post.

AHCA officials declined to comment further, since the clinic is two blocks south of Archer Heights' southern boundary. But West Elsdon Civic Association President James Mazenis said, "We have not heard this at all. This is a shot that's completely out of the blue. It would have been good to know (ahead of time)."

Mazenis said that his group has, in years past, supported the needs of the clinic by hosting a successful coat drive for mental health patients and by donating infant and children's clothing for the WIC clinic's patients. Saying he could not recall any past complaints relating to the clinic, he said he would take a "wait and see" approach to the coming increase in mentally ill patients.

A man who lives near the clinic and said he receives mental health care there, expressed concern about the coming surge for a different reason. "These changes are being rammed down our throats. Nobody I know wants them. I read what the Health Department sent me, and it has this insulting tone---like 'Don't worry, be happy' or 'Trust us, we're from the government'; A lot of us (patients) are very worried that this whole thing is going to be turmoil and confusion---that we won't get to see our regular therapists, that waiting times will double. It's a lot of stress and anguish, for no good reason. This is not what I voted for when I voted for Rahm Emanuel. He talks so much about re-building the city's infrastructure, but what about our mental health infrastructure? Why do we get bulldozed?"

According to figures included in an analysis of the shutdown by mental health advocates, Greater Lawn's current patient count of 538 will surge to 844 after the April 30 shutdown of CDPH's Back of the Yards Mental Health Center, 4313 South Ashland. Uninsured patients there will be transferred to Greater Lawn---assuming they choose that, which almost all are expected to do.

Additionally, Greater Lawn's count could go even higher if some or most of the 354 mentally ill patients at the soon-to-be-shuttered CDPH Beverly-Morgan Park MHC, 1987 West 111th Street, decline to be directed east to the CDPH Roseland MHC and instead head north to Greater Lawn.

The surge should also affect operations at another CDPH clinic housed in the Greater Lawn Public Health Center building at 55th and Keeler---an already-crowded clinic just inside the main entrance, which provides basic clinical care and WIC vouchers to local women and children in need. 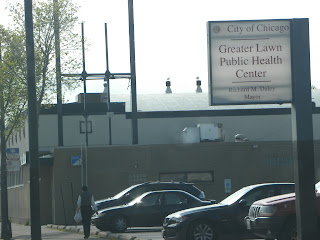 The Southwest Chicago Post contacted CDPH (Bechara Choucair, Commissioner) and asked for clarification about "the projected impact of the mental health clinic consolidations on the Greater Lawn Mental Health Center."

SWCP asked, "Do you have any projected figures to share, especially in terms of current caseload and projected caseload once the consolidations occur? Any on-record statements about the plan as it relates to GLMHC?"

A CDPH spokeswoman replied promptly, but not with anything specific to the Greater Lawn MHC:

"We just posted an update on the transitions for the two clinics that already consolidated. I think that would be helpful to you. Here is the link:

http://www.cityofchicago.org/content/dam/city/depts/cdph/clinical_care_and_more/TransitionUpdateApril19.pdf
Let me know if you have any questions." 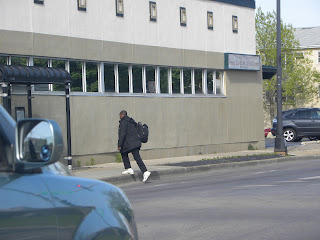 The SWCP replied, "Thank you for sharing the link to the document. It does not specifically relate to the projected impact of the mental health clinic consolidations on the Greater Lawn Mental Health Center. Do you have any projected figures to share, especially in terms of current caseload and projected caseload at GLMHC once the consolidations occur? Any on-record statements about the plan as it relates to GLMHC?"

CDPH has not replied.

While provision of care for the indigent mentally ill is the legal responsibility of state government, the City of Chicago---starting in the 1960s under the administration of Mayor Richard J. Daley---began to shoulder an increasing share of the load. By the late 1980s, CDPH offered outpatient mental health care to men, women and children at 18 well-staffed clinics spread out across the city.


Over the last two decades, however, the city's commitment eroded steadily. The administration of Mayor Richard M. Daley (with the approval of most of the city's aldermen) consistently chipped away at city funding of mental health; and the number of city mental health clinics fell to 12.

Additionally, in 2009, frustrated over the fact that clinic staffing levels that had plummeted to "levels that are dangerous to both patients and remaining clinic staff," then-CDPH Commissioner Terry Mason, M.D. attempted to shut four clinics and consolidate staff into the remaining eight. That plan was reversed by Daley after several activists sat in the lobby of the Mayor's Office and refused to leave.

The small sit-in prompted meetings between activists and mayoral staff---resulting in the clinics remaining open; but also in funding and staffing promises that went almost entirely unmet by Daley, activists later said.

Mental health advocates in 2012 are equally scornful of the current plan by the Emanuel Administration to shutter six clinics.

CDPH states on the City of Chicago website that its remaining mental health services will now "...focus on the uninsured. By consolidating our centers from 12 to 6, we will continue to serve 3,000 uninsured clients and have the capacity to serve 1,000 Medicaid/Medicare clients per year. These changes allow us to increase our psychiatry services and improve efficiency at our sites."

CDPH further maintains that all its patients "...will continue to receive equal or better quality mental health services..." and "CDPH will continue to provide services to approximately 80% of its current clients (mostly uninsured)" and "about 20% of our clients (602 clients with insurance) will be served by community mental health providers - all of which have capacity to serve clients with Medicaid" and "all CDPH mental health centers will be fully staffed to meet the needs of our clients" and "a Quality Team will monitor the transition of all clients for at least 90 days after the transition to ensure continuity of care."


Activists have multiple criticisms of Emanuel's plan, claiming it is filled with unwarranted assumptions, flawed logic, exaggerations, and lies of omission and commission. They claim that attempting to transition 20 percent of CDPH patients to private providers amounts to little more than patient dumping; and that hundreds of CDPH patients living with chronic mental illness will wind up going without care and/or medications, destabilizing them and resulting in a downward spiral that will see otherwise stable, law-abiding Chicago men and women wind up in already overcrowded homeless shelters and jails; or even in some cases, dead.


To offer a constructive alternative to Emanuel's plan, activists led by the Southside Together Organizing for Power (STOP) organization produced a plan designed to keep all 12 city clinics open by shifting existing resources at CDPH. Link to the report:

STOP, along with the Community Mental Health Board of Chicago and other groups and individual advocates, say they have have repeatedly requested a meeting with Mayor Emanuel---starting with when he was a mayoral candidate and continuing to the present day---but have been consistently rebuffed.

In response, activists have staged public protests that include disrupting a ceremony at which Emanuel received an award from New Trier High School; disrupting a CDPH staff meeting at which a few CDPH nurses put duct tape over their mouths as a silent protest while some other staff cheered when activists shouted down Commissioner Choucair; and barricading themselves inside the CDPH Woodlawn MHC in an "Occupy" type of protest.


Details about the protests can be found at: http://www.stopchicago.org/  and
http://www.youtube.com/user/StopChicago?feature=watch


Activists continue to urge all Chicagoans to contact the Mayor at 312-744-3300 to express displeasure with the clinic shutdowns.