Old favorites and hot new entertainment acts can be found on the main stage lineup for this year's carnival at St. Joseph Parish, 5641 S. 73rd Ave., Summit. (Just a half block west of the Portillo's at 56th and Harlem.) 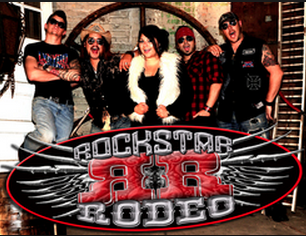 Rockstar Rodeo, which bills itself as "the Midwest's Number 1 Party Country Tribute Show." Band members boast "This isn’t your daddy’s band. Covering artists like Montgomery Gentry, Keith Urban, Jason Aldean, (and many more) RockStar Rodeo brings country to life in a dancing, drinking, sing along, having the time of your life event, with a high energy delivery you’ve never seen before."

Two bands will get the weekend off to a rocking start on
Friday, June 7. Classic rock cover band Decades (everything from Van Halen to Pink Floyd to Ozzy Osbourne) will play from 6 to 8 p.m., and Maggie Speaks--one of the most popular and eclectic cover bands in Chicago history--will own the stage from 9 p.m. to midnight.


Saturday, June 8 starts off with a smile, as the World's Honkiest Polka Band plays from 3 to 5 p.m. Wide-ranging 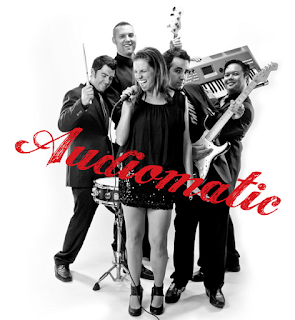 cover band Audiomatic (everything from Lady Gaga to Maroon 5 to the Beatles) will shake the stage from 6 to 8 p.m., and cover band Rendition (everything from the Rolling Stones to Pearl Jam to the Dave Matthews Band) plays from 9 p.m. to midnight.

Sunday, June 9 starts with Gypsy Influence, an internationally acclaimed rumba flamenco group, performing from 4 to 6 p.m. Then from 7 p.m. to midnight, the New Invaders ("the ultimate '60s flashback show") will blow the roof off the tent and close out the carnival.

In addition to great live entertainment, the four-day event features thrilling carnival rides, fun games of skill and chance, and a food tent will offering such traditional carnival treats as 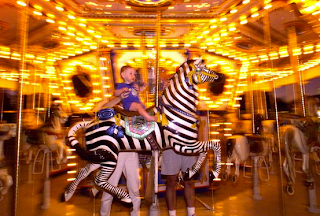 hot dogs, hamburgers, brats, pizza, Italian beef, tacos, tamales and corn-on-the-cob. Cotton candy, ice cream, soda and water also will be available. The beer tent will be open as well. A specific food vendor lineup will be announced next week.

During the carnival run there will be special ride offers, including a four-day “unlimited rides” wristband.

All St. Joseph parishioners are welcome to attend, as well as everyone in the larger community.