As they have in the past, leaders of the Garfield Ridge Neighborhood Watch are reminding everyone that while Facebook and other forms of social media can be useful tools to share information, they can harm a community, in cases where they are used to spread rumors and

The issue was mentioned briefly at the July 21 meeting of the group, held at European Chalet Banquets at the Mayor's Mansion, 5445 S. Harlem.

Cacciottolo and other GRNW board members took a moment to point out the differences between their Facebook page and other local Facebook groups that use buzzwords like "watch," "watchdog," "crime" and more.

While careful not to single out any individual Facebook group or issue any sort of blanket criticism, Cacciottolo said of the GRNW Facebook group, “We only put on information that people need to know.

GRNW Secretary Michele Doherty added, “Everything is verified. When we share the information, it has been verified by the police.”

“The [GRNW] Facebook page is not a rumor mill,” Cacciottolo stated.

** The GRNW honored David and Nancy Leno, owners of Midway Tree Service, as the business people of the month.


Midway Tree Service has a 34-year affiliation with Garfield Ridge and surrounding communities. It began in 1980 when David and his brother and former partner Nick, cut down a tree for a neighbor, and decided they liked working in the outdoors. They borrowed a saw from their older brother, threw it in the trunk of Nancy Leno’s 1979 Buick Skylark and a business was born.

Many years, trees and specialized equipment later, the Lenos are still serving the neighborhood where his parents, Nick and Martha raised them.

David Leno thanked the Garfield Ridge Neighborhood Watch for the award, stressing, “I’ve been in this neighborhood all my life.”

** Cacciottolo then went on to introduce Summit Police Sergeant Edward Zieman, the new head of the Summit Neighborhood Watch organization.

Cacciottolo said that many members sit in on the Summit Neighborhood Watch meetings, and that both groups exchange information to keep abreast of both sides of what is happening on both sides of Harlem Avenue.

“It’s a nice working relationship,” Cacciottolo said. “It’s been awesome.”
** The Garfield Ridge Neighborhood Watch will be participating in National Night Out on Tuesday, August 5. This time they are making the event even more local. Instead of participating with the Clearing Night Force as they have done in previous years, the GRNW will be driving around Garfield Ridge in a police-and fire department-led motorcade. The group will start their motorcade at 7 p.m. from Gloria Dei Lutheran Church, 5259 S. Parkside, and end their evening at Valley Forge Park, 7001 W. 59th St., where they will serve light refreshments.

While driving around the neighborhood, the group will be beeping their horns in acknowledgement of National Night Out, which urges citizens to fight crime in their own neighborhoods. Cacciottolo asked that those who can’t participate to please leave their porch light on as a symbolic gesture.

** The GRNW and Cacciottolo asked members and residents to “Take Pride in Your Backside,” a new initiative by the group to clean up alleyways behind otherwise well groomed houses.

“We are asking residents to worry about their 30-foot backside,” Cacciottolo said.

He added that the group will be taking on a special alley, near 58th and New England, at 10 a.m. Sunday, Aug. 10. They will meet by the alley, where there is parking, according to Mike Doherty, GRNW vice president. They will have rakes, shovels, brooms and more available for volunteers. Everyone is invited to join in. Cacciottolo said it would probably only take a couple of hours.

** Another Sell-A-Bration, a large garage sale type of event, will be held by the GRNW on Saturday, Aug. 23 since the June event was a partial rainout, said Arlene White, one of the GRNW board members in charge of special events.

White said that those who participated in June would get a discount on renting a table and added that anyone who is interested in participating in the Aug. 23 Sell-A-Bration is welcome to rent a space at the Kennedy High School parking lot. The group, she added, only charges space rental, and the participant gets to keep whatever profit is made at the event.

** Donna Gesiakowski encouraged everyone to get involved with Honor Flight Chicago, which honors World War II veterans by taking them on a day-long trips to Washington D.C.

The veterans take a 4:30 a.m. flight chartered by Honor Flight out of Midway Airport to the nation’s capital and they are treated to tours of various war memorials. 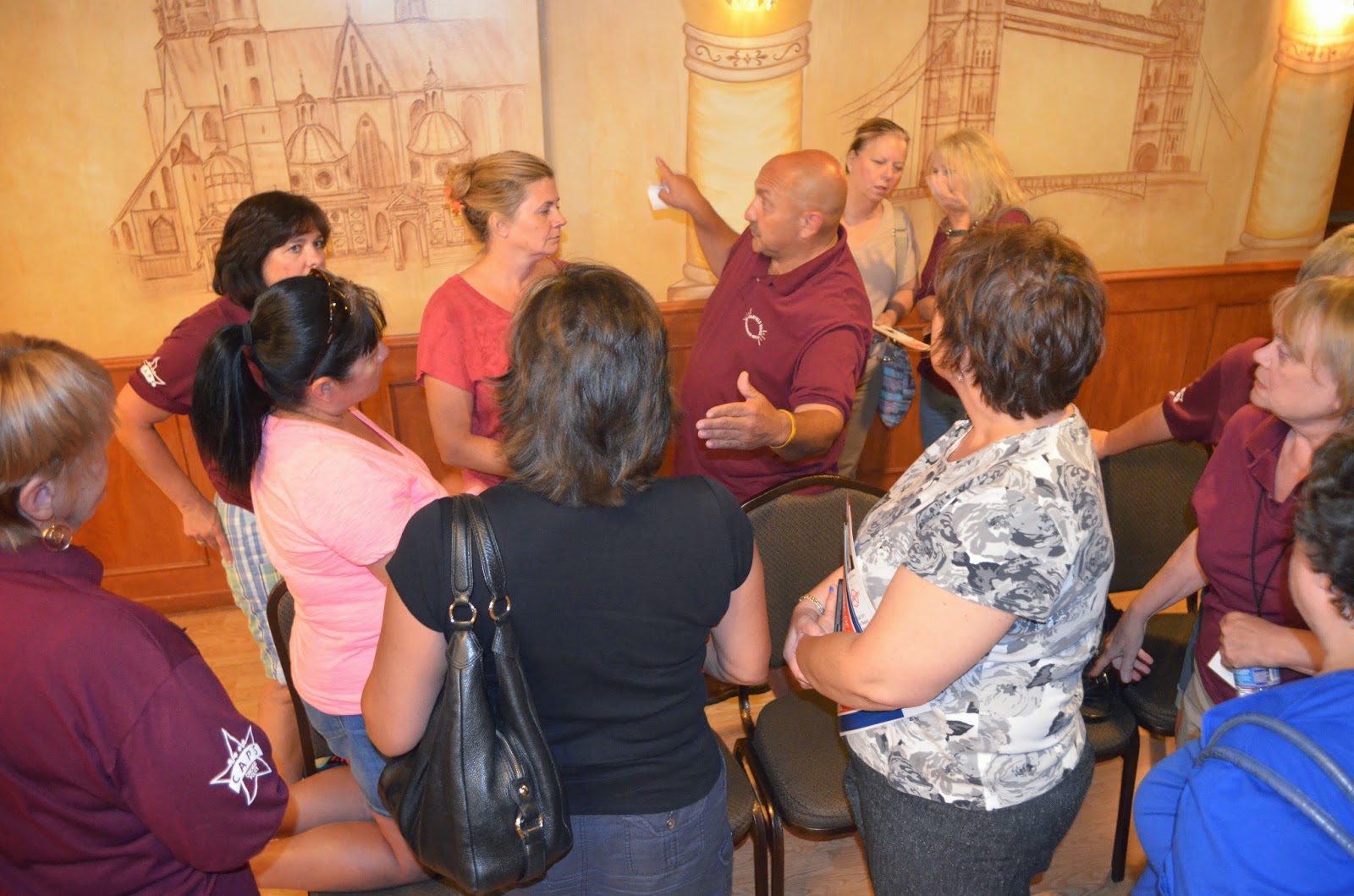