Just as you do, I wear several hats.

As a longtime journalist, I'm used to seeing crime news. It is a sad but steady part of the news stream. 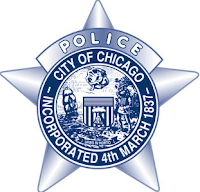 As a Southwest Side homeowner who knows what it is to be a crime victim, I get angry when I see crime affect my neighbors in this part of the city. It hits close to home.

But let me say this: as a mother of two daughters, I want to wring the necks of the lowlifes who burglarized Jennifer Weaver's apartment.

Jennifer is a 33-year-old single mother of three girls: Raven, 8, Sadie, 2, and Grace, 1. As is so often the case in this economic depression, times are tough for Jennifer. She is unemployed and on public assistance.

Just before three o'clock on a Thursday afternoon, Jennifer and the girls arrived home to their apartment near 61st Place and Spaulding, only to find it ransacked by burglars.

Predictably, the criminals swiped what cash they could get their grubby paws on, about $300 in rent money that was hidden. Also no surprise, they stole whatever electronics they could: a couple of video game consoles, several video games, and an assortment of movies on DVD.

Then came the low blow.

They stole literally hundreds of dollars' worth of diabetes medicine, blood-glucose test strips and syringes---all vitally important to the health of eight-year-old Raven, who lives with Type 1 (insulin dependent) diabetes and a few other significant health concerns.

And to add insult to injury, these thugs actually raided the fridge and cabinets---stealing several hundred dollars' worth of groceries. Milk, frozen dinners, even a box of Cocoa Puffs.

"I was in complete shock," Jennifer recalls. "All the electronics (stolen), you can see that. But medicine and food? They stole quite a bit of food. It's like they went food shopping in my house."

Jennifer called police, who stopped by a while later to investigate and make out a crime report. Responding were Officer Robert Cavallone and Officer Raquel Castaneda.

According to CPD, "The officers entered the apartment and saw firsthand how destructive the burglars were. Every drawer had been overturned and completely ransacked, including the refrigerator. The victim’s mattress had been flipped over, the kitchen chairs all thrown about, and the bathroom window broken."

As Jennifer answered the officers' questions, Raven started to cry. Her meds were gone, her toys were gone, the food and rent money were gone. Even her purse was stolen.

How low do you have to be to steal an eight-year-old girl's purse? Really.

But here's where the story takes a turn for the better.

Officers Cavallone and Castaneda could have finished their report and left with an unspoken "Tough luck, sister." But instead of playing it by the book, they decided to play it by the heart.

You see, hardened and professional as Cavallone and Castaneda doubtless are, they fought back tears themselves. Cavallone had three dollars in his wallet and gave it to Jennifer, suggesting that she buy milk for the girls.

After they left, Cavallone and Castaneda, along with Officer David Falardeau, swung into action, determined to do a good deed.

And the very next day, as Jennifer relates, "Officer Cavallone and Officer Falardeau came back. They said they came to see if they had my phone number correct on the police report. Then they said they had to go back to the car; and when they came back in, they were burdened with bags."


The three officers had pooled their own money and bought food for the family. They also purchased an electronic Leapster game for little Grace, an Angry Birds game for Sadie, and a brand new Skylanders Wii game system with two games for Raven. Knowing how devastated Raven was, they also presented her with a new purse to replace the one that was stolen in the burglary, along with a few other small items.

"And it isn't what they bought, as much as (the fact that) they did it. Really."

"So if you write a story, please make the story about them," Jennifer told me on Tuesday night. "They deserve it. There are not enough people who think there are still good people out there."

Agreed, Jennifer. They do deserve it. Three good police officers who saw a family in distress and played it by the heart.

But I suspect that part of their goodness includes a humble character. And here's what makes me think that.

You see, the crime did occur on a Thursday and the act of kindness and generosity on a Friday:

Not being showboats or headline hogs, the officers essentially kept it to themselves. It wasn't until two months later, when Jennifer saw CPD Eighth District CAPS Sergeant Allen Cain and told him of the trio's good deed that the situation came to light. Cain tipped us off, and we thank him for that. He enabled us to share the story with you.

So a tip of the cap to Officers Robert Cavallone, Raquel Castaneda and David Falardeau for reminding us all that behind a typical police officer's badge beats a strong and compassionate heart.